Highlights, India vs West Indies 2nd ODI: India beat the West Indies by 107 runs in the second ODI to level the three-match series 1-1. 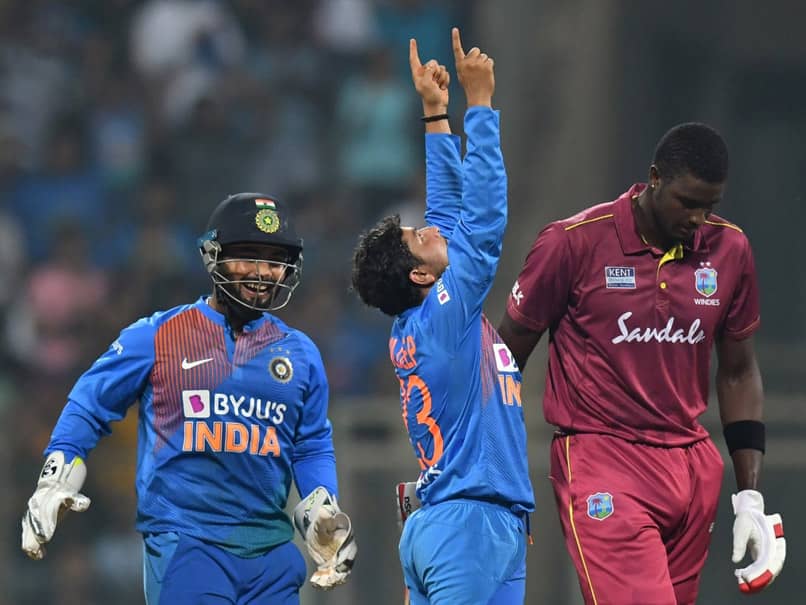 Rohit Sharma and KL Rahul starred with the bat, scoring centuries, while Kuldeep Yadav and Mohammed Shami led with the ball which helped India beat the West Indies by 107 runs in the second ODI in Vizag on Wednesday. Kuldeep Yadav's second ODI hat-trick and Mohammed Shami's two wickets in two balls helped India level the three-match series 1-1. The West Indies openers Evin Lewis and Shai Hope gave their side solid start as they scored 56 runs in first 10 overs. Shardul Thakur got India the first breakthrough when he removed Evin Lewis in the 11th over. Pooran scored quick-fire 75 runs, while Hope also completed his fifty to give India some nervy moments. Their stand helped West Indies put up a strong fight but Kuldeep and Shami picked up five wickets in quick succession to derail their mammoth run chase. Eventually, the West Indies were bowled out for 280 runs. Earlier, centuries from Rohit Sharma and KL Rahul helped India post 387/5 in the must-win game. The openers got India off to a flying start in the second ODI as they put on a 227-run stand for the opening wicket. Rohit completed his 28th ODI hundred, while Rahul scored his 3rd century in the 50-over format. This was Rohit's eighth 150-plus score in ODIs -- most by any batsman in the world. During his knock, Rohit also surpassed MS Dhoni on the list of most sixes by an Indian in home ODIs. Rahul fell soon after completing his century and India skipper Virat Kohli departed for a golden duck. Rishabh Pant and Shreyas Iyer's cameo towards the end helped India to a sizable total. (SCORECARD)