Denesh Ramdin presented a 4-year-old fan with free tickets for the second T20I and the gesture won a lot of admiration for the West Indies cricket team on Internet. 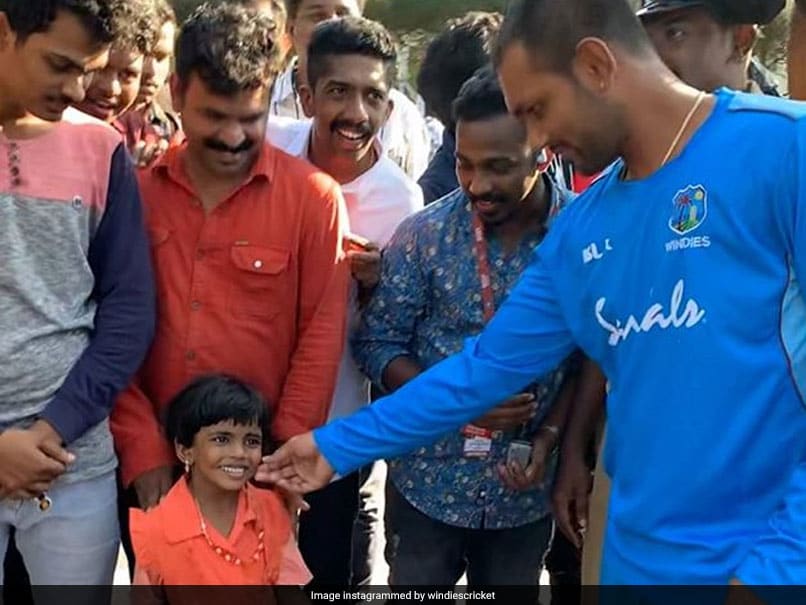 West Indies not only won the second Twenty20 International (T20I) against India in a convincing manner but also won hearts through their warm gesture ahead of the match. Denesh Ramdin, senior member of the West Indies team, presented a 4-year-old fan with match tickets for the second T20I. Cricket West Indies posted the pictures on their official Instagram account and captioned it as, "Denesh Ramdin @shotta80 makes a stop on his way to the match to present this cute 4-year fan with free tickets and a small gift".

No amount of in the world could compare to how SWEET this is!! Denesh Ramdin @shotta80 makes a stop on his way to the match to present this cute 4-year fan with free tickets and a small gift Don't you just our #MenInMaroon?? WI Do!

Fans loved the moment as many thought it was a "Lovely Moment".

"Cricket is not a game but, cricket is a emotion," one of the fans commented.

"West Indies look arrogant and fierce by game but actually they are friendly and kind from heart," another fan commented.

Ramdin did not feature in the second T20I against India, which the West Indies won by eight wickets, to level the three-match series 1-1.

The series decider will be Wednesday at the Wankhede Stadium in Mumbai.

India will then host the West Indies for a three-match One-day International (ODI) series, starting from December 15 at the MA Chidambaram Stadium in Chennai.

The second ODI will be played in Vizag on December 18 while Cuttack will play host to the final ODI on December 22.

Denesh Ramdin Cricket
Get the latest updates on ICC Women's Cricket World Cup 2022 and IPL 2022, check out the Schedule , Live Score and IPL Points Table. Like us on Facebook or follow us on Twitter for more sports updates. You can also download the NDTV Cricket app for Android or iOS.