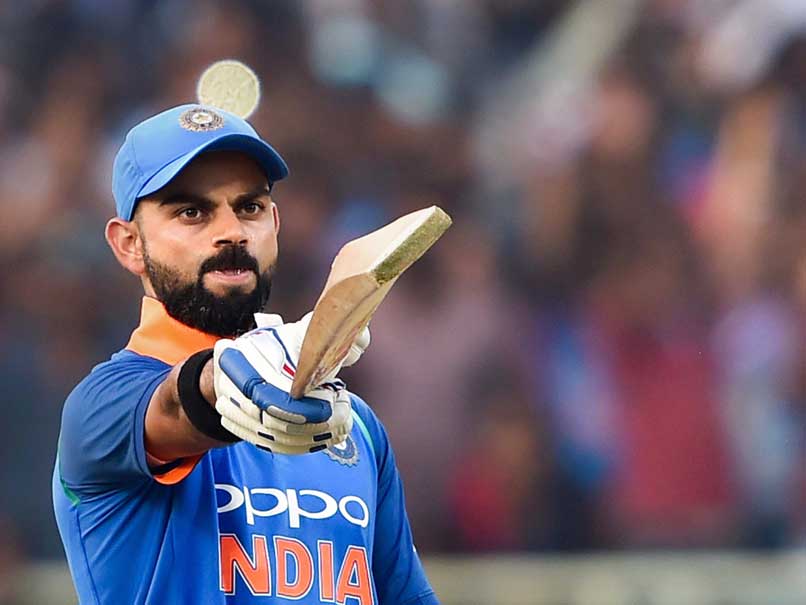 Virat Kohli produced one of the finest performances during the second One-day International (ODI) against the Windies that the game of cricket has witnessed. Virat Kohli not only scored runs at will but also sent the Windies bowlers on a leather hunt at the Dr. YS Rajasekhara Reddy ACA-VDCA Cricket Stadium in Visakhapatnam on Wednesday. The Indian captain, during his unbeaten 157-run knock, became the fastest cricketer to score 10,000 ODI runs. Following his immaculate performance with the bat against the Windies, veterans from the cricketing world took to Twitter to lavish praise on the 29-year-old batsman.

The intensity and consistency with which you bat is just amazing. @imVkohli, congratulations on achieving 10,000 runs in ODIs. Keep the runs flowing. pic.twitter.com/tQUhY8bHna

And the insanity continues with an undying intensity. Congratulations #KingKohli on 10,000 ODI runs and 37th century. The hunger, consistency and intensity is simply incredible pic.twitter.com/DGoP1GlZ01

Software update all the time. Virat Kohli has redefined what consistency means. Got his 9000th odi run just 11 innings ago and got his 10000 th today, to go with his 37th century. Enjoy the phenomena #KingKohli pic.twitter.com/OPhvIsBRDJ

Congratulations #KingKohli on becoming the fastest to 10000 ODI runs. What a player ! pic.twitter.com/fUkMgldTEx

Apart from the Indian cricket board and cricketers, the Pakistan Cricket Board (PCB) and former Pakistan captain Mohammad Hafeez too were in awe of the Indian captain.

Congratulations to @imVkohli to achieve milestone of 10000 runs in ODI cricket , Great player & Humble human , u entertaining all fans of cricket with ur Skills , Passion & determination , stay blessed

In a video uploaded by the Board of Control for Cricket in India (BCCI), Kohli can be seen celebrating his 37th ODI hundred in style.

Kohli hit 13 boundaries and four sixes to power his team to a competitive 321/6 in 50 overs.

The No 1 ODI ranked batsman achieved quite a few milestones in the second ODI of the five-match series against the Windies.

Virat Kohli is also the second youngest (29y 353d) to the 10,000 ODI-run milestone after Tendulkar (27y 341d). Kohli became the fastest to 4,00 ODI runs in India. By virtue of his 37th century, he also registered the record of most number of centuries against the Windies. He also took over Sachin Tendulkar's aggregate of 1,573 to become India's highest run-getter in ODIs against the Windies.