Virat Kohli's 38th ODI century went in vain as India lost the third match against the Windies in Pune. 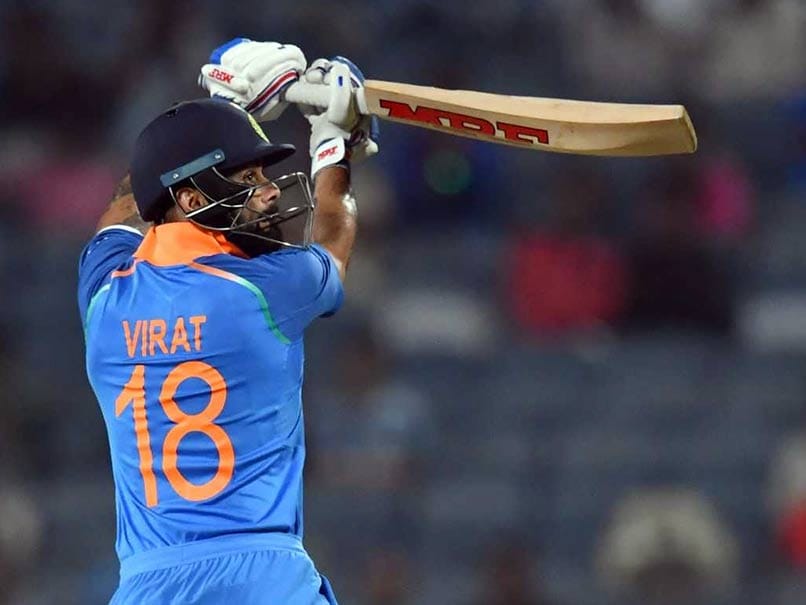 Indian cricket team captain Virat Kohli's knack of breaking batting records is there for all to see. He makes batting look so easy that it has prompted former Pakistan bowling legend Shoaib Akhtar to set him an incredibly stiff challenge. Praising Virat Kohli's blistering century against the Windies, Shoaib Akhtar said he wants the Indian skipper to cross the 120 hundred-mark. Batting legend Sachin Tendulkar (100) holds the record of a century of centuries in all the three formats of the game. Given Virat Kohli's form with the bat and his age, it seems reaching the 120+ centuries-mark would happen sooner rather than later. "Guwahati. Visakhapatnam. Pune. Virat Kohli is something else man with three ODI hundreds in a row, the first India batsman to achieve that .. what a great run machine he is ..Keep it up cross 120 hundred mark as I set up for you", Shoaib Akhtar had posted on his official Twitter account.

Virat Kohli is something else man with three ODI hundreds in a row, the first India batsman to achieve that .. what a great run machine he is ..
Keep it up cross 120 hundred mark as I set up for you ..

Kohli currently has 24 Test centuries and 38 ODI tons to his name. On the list of overall batsmen with the most hundreds in their career, Kohli occupies the fourth spot with 62 hundreds.

After another blazing century (107), Kohli could not guide his team to a victory after India's dismal middle-order capitulation. India eventually lost the 3rd ODI against the Windies on Saturday by 43 runs.

The 5-match series is evenly poised after the Windies levelled it 1-1. The fourth ODI will be played on Monday at the Brabourne Stadium, Mumbai while the fifth and final match will be played on Thursday in Greenfield International Stadium, Thiruvananthapuram.

Virat Kohli Shoaib Akhtar Cricket India vs West Indies 2018
Get the latest updates on ICC T20 Worldcup 2022 and CWG 2022 check out the Schedule, Live Score and Medals Tally. Like us on Facebook or follow us on Twitter for more sports updates. You can also download the NDTV Cricket app for Android or iOS.