Virat Kohli Says He Needed The Break Because Of Back

Virat Kohli insisted ahead of the first Test with the Windies that player management was imperative before the ICC World Cup in 2019. 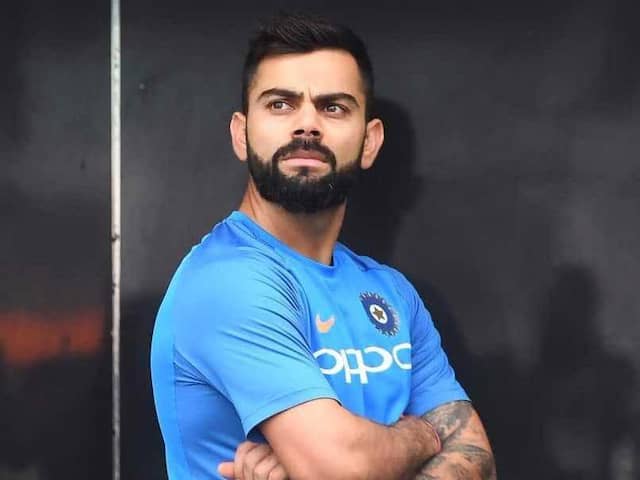 Virat Kohli re-emphasised that he definitely needed a break after the long England series and said that managing player workload would be given top priority ahead of the ICC World Cup in 2019. Virat Kohli said he was feeling rejuvenated by stressed that he needed the break because of his back. "I feel rejuvenated again both mentally and physically," Kohli said ahead of the first Test against the Windies at Rajkot. "I needed the break after the intensity with which the tours of South Africa and England went. People usually talk about workloads but they don't usually understand the concept. They refer to workload as number of games played."

"There is no workload if you make zero in every game. If I bat for six hours that is workload," he added.

Managing the workload of players will be given top priority ahead of the 2019 World Cup, he said.

"I definitely needed a break because of my back. Looking at the World Cup these things are very important to consider, to give players ample rest and opportunity to train well and come back stronger. You don't want them breaking down in crucial times," asserted the skipper.

Kohli also said that top-order batting is the only aspect left to be sorted in the Test team and "enough space" would be given to youngsters such as Prithvi Shaw to showcase their talent confidently.

Kohli said experimentation can only be done in the top-order and has high hopes from the 18-year-old Shaw, who will make his Test debut on Thursday in the opening game against the West Indies here. Shaw is expected to open alongside KL Rahul.

"We have a change at the top of the order. We will give these guys enough space and enough chances to feel comfortable at that position. We want them to be confident of what they are doing," Kohli said in the pre-match press conference.

"The lower-order is all about contribution, there is no change needed there. Rishabh (Pant) is new but Ashwin and Jadeja have performed in so many games at home they just need to replicate it abroad.

"Apart from the top-order getting cemented, I don't think with these two Tests there is a lot we are looking at. Rest of the things are quite settled," he added.

After series losses in South Africa and England, the Indian team management was slammed for making too many changes in the playing eleven but Kohli justified the decisions made.

"...you need your best eleven on the park. In the past, most of the changes have been made in the bowling combination and people have conveniently taken otherwise. The bowlers that have sat out have never felt they have been hard done by," said Kohli.

"The motive has always been to pick the best eleven and we have hardly tinkered with the batting order barring a couple of guys who have not been in form. We have utilised the conditions to the maximum wherever we have gone," he said referring to the bowlers' good work in South Africa and England.

Kohli said the final XI is always picked based on the conditions that the team is facing.

"We have been able to pick up 20 wickets because of the fact we played people who are suited for the conditions. Batting has not been up to the mark and that is why we have not done well in England.

"No one wants to do something different every game. It is all about what is in front of you and accordingly you pick your best eleven," said the skipper.

Contributions from the lower-order helped England win the series 4-1 as openers from both teams struggled in tough conditions for major part of the five-Test series. While India's lower-order comprising R Ashwin and Ravindra Jadeja have done well at home, they can do a lot better overseas, according to Kohli.

Kohli said the lower-order must perform better ahead of the Australia tour next month.

"See in home conditions, we are not bothered by it because we have done really well as far as lower-order contributions are concerned. But definitely, we would like to take the West Indies series as a benchmark we want to set.

"With a couple of new guys coming at the top, they have an opportunity to showcase their skill sets and show why selectors have backed them," he said.

Virat Kohli Cricket India vs West Indies 2018
Get the latest Cricket news, check out the India cricket schedule, Cricket live score . Like us on Facebook or follow us on Twitter for more sports updates. You can also download the NDTV Cricket app for Android or iOS.