Rishabh Pant is in line to make his ODI debut with India announce the XII for the first match against the Windies on Sunday. 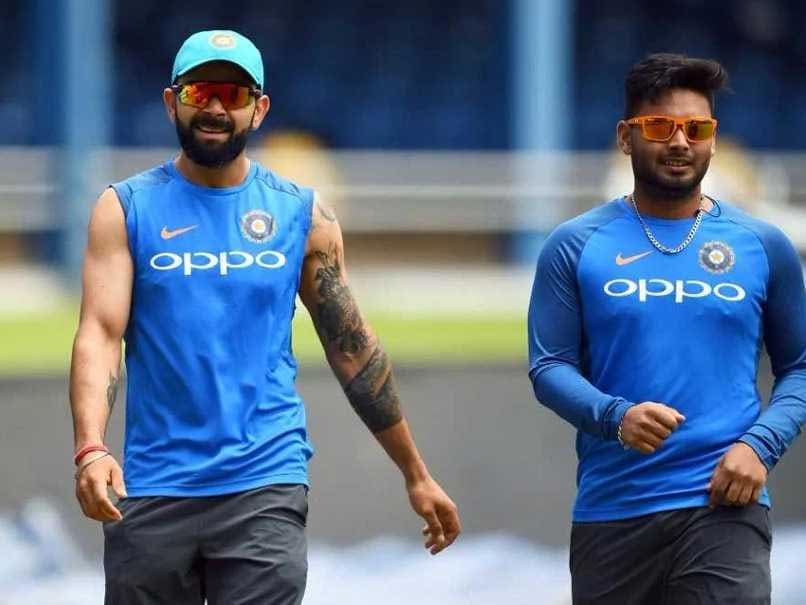 Rishabh Pant is set to make his ODI debut in the first of the five-match series vs the Windies.© AFP

Rishabh Pant is in line to make his One-day international (ODI) debut as India announced their team for the first ODI against Windies at the Barsapara Cricket Stadium in Guwahati on Sunday. According to the team sheet tweeted by the official BCCI handle, Pant will play as a specialist batsman with MS Dhoni taking his customary role behind the stumps. However, there was no such luck for young fast bowler Khaleel Ahmed, who was named as the 12th man with India going in with two specialist seamers and three spinners.

Pant has made a great start to life as a Test cricketer following his debut against England in Trent Bridge and will be hoping for more of the same in the 50-over format. He scored his maiden century in only his third Test that India lost to England at The Oval.

In the Test series against the Windies, Pant was the joint-third-highest run-getter with 184 runs in the two Tests at an average of 92, exactly the same as captain Kohli. The 21-year-old's strike-rate of 84.40 was only bettered by Prithvi Shaw.

After impressing in the Asia Cup 2018 in United Arab Emirates and the Test series against the Windies, Ravindra Jadeja holds onto his place in the playing XI.

However, there was no place for KL Rahul or Manish Pandey as captain Virat Kohli and the team management continue to put their faith in Ambati Rayudu.

Rayudu scored 175 runs in six matches in the Asia Cup 2018 at an average of 43.75 with two half-centuries to his name. The omission of Rahul will once again be a point of contention with many fans and pundits calling for his inclusion in the ODI playing XI.

Ravindra Jadeja India vs West Indies 2018 India vs West Indies, 1st ODI Cricket
Get the latest updates on IPL 2021, check out the IPL 2021 Schedule and Indian Premier League Live Score . Like us on Facebook or follow us on Twitter for more sports updates. You can also download the NDTV Cricket app for Android or iOS.