In a video shared by the BCCI on Twitter, Ishan could be seen interacting with a few fans at the stadium. One of the fans also handed him a note, but it wasn't meant for the flamboyant batter, rather fast bowler Shardul Thakur. 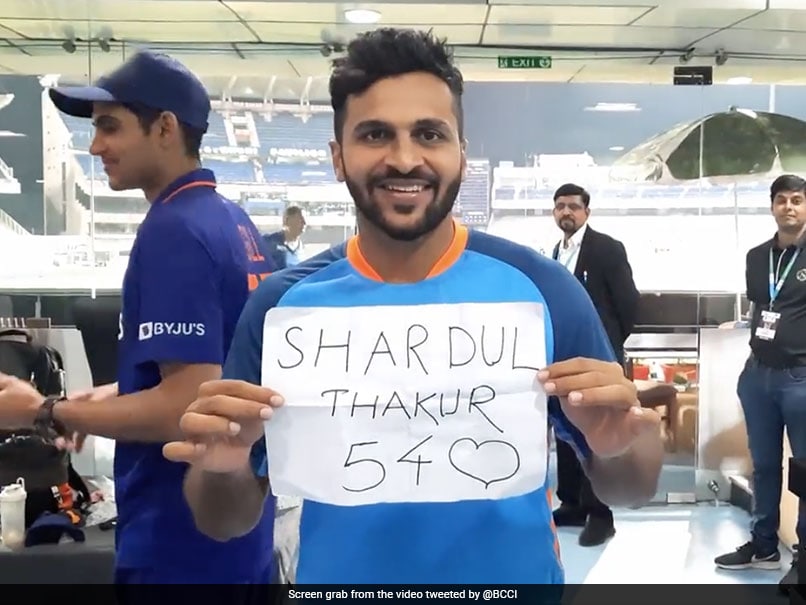 The 2nd ODI between India and South Africa saw two special batting performances from Ishan Kishan and Shreyas Iyer. While Kishan scored a fiery 93-run knock, Iyer slammed a century en route India's 7-wicket win in the match. Expectedly, fans pulled up in numbers for the match in Ranchi, especially to watch the local lad Ishan Kishan play. But, it isn't just Ishan who had ardent followers present inside the stadium.

In a video shared by the Board of Control for Cricket in India (BCCI) on Twitter, Ishan could be seen interacting with a few fans at the stadium. One of the fans also handed him a note, but it wasn't meant for the flamboyant batter, rather fast bowler Shardul Thakur.

Ishan took the note from the fan and gave it to Shardul in the dressing room. On the way to the dressing room, Ishan said: "Aisa nahi hai Ranchi mey bus mujhe pyar milta hai sab ke liye pyar hai idhar (Fans in Ranchi not only love me, but there is also love for others as well). Shardul Thakur 54 and there is a heart, so good."

After Ishan gave Shardul the note, the pacer also posed with it for the camera, and had a huge smile on his face.

As for the match, India put in a dominant performance with the bat, courtesy of Ishan Kishan and Shreyas Iyer's heroics. With a 7-wicket win in the match, India pulled themselves level 1-1 in the 3-match series. The third and final ODI of the series will be played on Tuesday.

South Africa Cricket Team Ishan Kishan Shardul Thakur India vs South Africa 2022/23 Cricket
Get the latest updates on IPL Auction 2023 and check out  IPL 2023 and Live Cricket Score. Like us on Facebook or follow us on Twitter for more sports updates. You can also download the NDTV Cricket app for Android or iOS.