Temba Bavuma produced scores of 0, 0, and 3 in the three T20Is against India. Many questions have been raised over his form and ability to lead the Proteas side ahead of the T20 World Cup 2022. 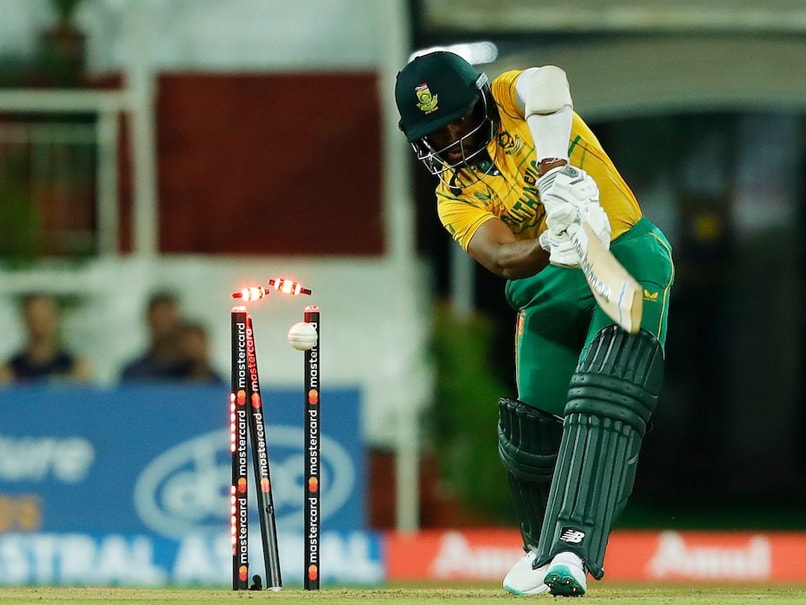 One of the finest teams in the world but South Africa are indeed struggling to impose themselves in T20 cricket at present. Though a number of players are yet to hit peak form, it is skipper Temba Bavuma whose form is the biggest concern for the team, going into the T20 World Cup 2022. When AB de Villiers, one of South Africa's greatest cricketers of all time, was asked if Bavuma is the right man to be leading the Proteas in the T20 World Cup, he refused to withdraw his support.

Bavuma, in 3 T20Is against India, produced knocks of 0, 0 and 3. On the eve of the third T20I in Indore, De Villiers held an interaction on Twitter Spaces where the raging subject about Bavuma's performance was brought up.

The former South Africa batter said: "I think it's a question on everyone's lips at the moment. Is Temba the right guy? All of a sudden you start seeing your name in the newspapers, you start hearing friends talking about your form and you start doubting whether you belong there or not.

But if you guys think about it, to have come to where he is now, you must have a lot of desire and a lot of determination and there must be something very special inside of you. So for Temba to be the captain of South Africa already is an incredible achievement.

There are some fairytales that I've seen on the cricket field before, especially from people being out of form going into big tournaments.

So, I do believe Temba is the right man for the job. I believe his form will come at the right time, at the right place, which there's no better than the T20 World Cup."

If South Africa are to challenge for the title at the T20 World Cup, they would need Bavuma to shrug off this poor form.

AB de Villiers India vs South Africa 2022/23 ICC T20 World Cup 2022 Cricket
Get the latest updates on Fifa Worldcup 2022 and check out  Fifa World Cup Schedule, Stats and Live Cricket Score. Like us on Facebook or follow us on Twitter for more sports updates. You can also download the NDTV Cricket app for Android or iOS.