After the Test series triumph, the Indian players seem to be in a relaxed mood, which was quite evident from the video posted by Shikhar Dhawan on his Instagram account. 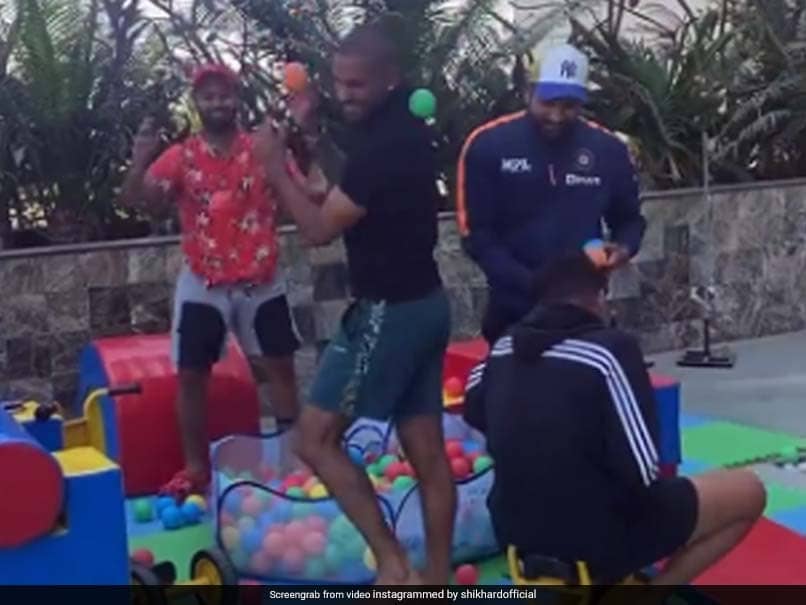 Shikhar Dhawan posted a video of his teammates enjoying in kids zone.© Instagram

After a thumping 3-1 series win over England, India have set their sight on the World Test Championship final. After the Test series triumph, the players seem to be in a completely relaxed mood and the video posted by Shikhar Dhawan showed exactly that. Dhawan, who has joined India's squad for the upcoming limited-overs series, shared a video featuring himself, Rohit Sharma, Rishabh Pant and Kuldeep Yadav. In the video, all four players can be seen having a gala time in the kids playing zone. While Dhawan and Kuldeep were riding a kids bicycle, Rohit and Pant were bombarding the others with sponge balls.

Leg-spinner Yuzvendra Chahal, who has entered team's bio-bubble ahead of the T20I series, was among many who commented on the video. "Room seh sab dekh raha tha main bachon ki masti," he commented.

Suryakumar Yadav, who has earned his maiden T20I call-up for India, also responded to the video saying: "Hahaha too good". 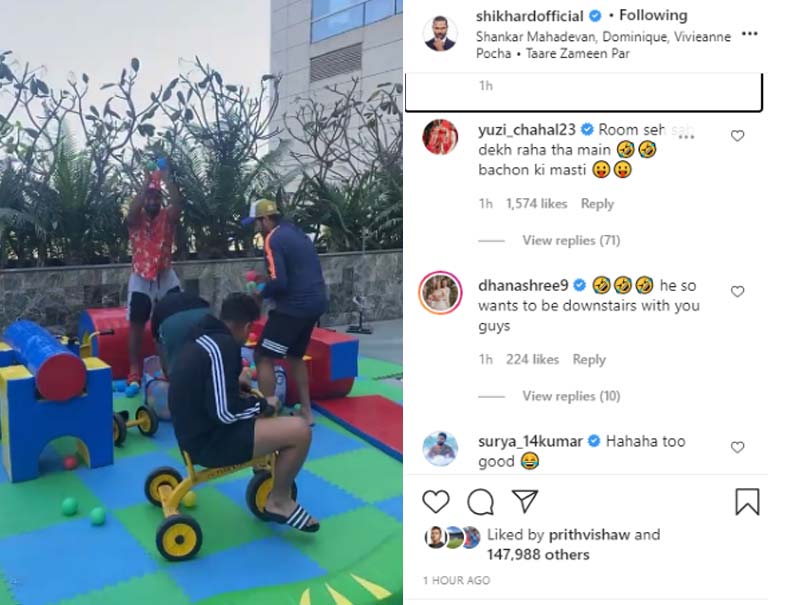 India's next assignment is a limited-overs series against England, comprising five T20Is and three ODIs. While the T20I series will be played in Ahmedabad, the three ODIs are set to take place in Pune behind closed doors.

Soon after the England series gets over, most of the Indian players will be seen playing for their respective franchises in the IPL 2021, the schedule for which was announced by the BCCI on Sunday.

The opening match of IPL 2021 will be played on April 9, while the tournament will end on May 30.

Kuldeep Yadav India vs England 2020-21 Cricket
Get the latest updates on IPL 2021, IPL Points Table , IPL Schedule 2021 , live score . Like us on Facebook or follow us on Twitter for more sports updates. You can also download the NDTV Cricket app for Android or iOS.