India vs England: India finished on top of the World Test Championship table after winning the fourth Test match. Virat Kohli's side will be aiming to put in a good display in the final vs New Zealand. 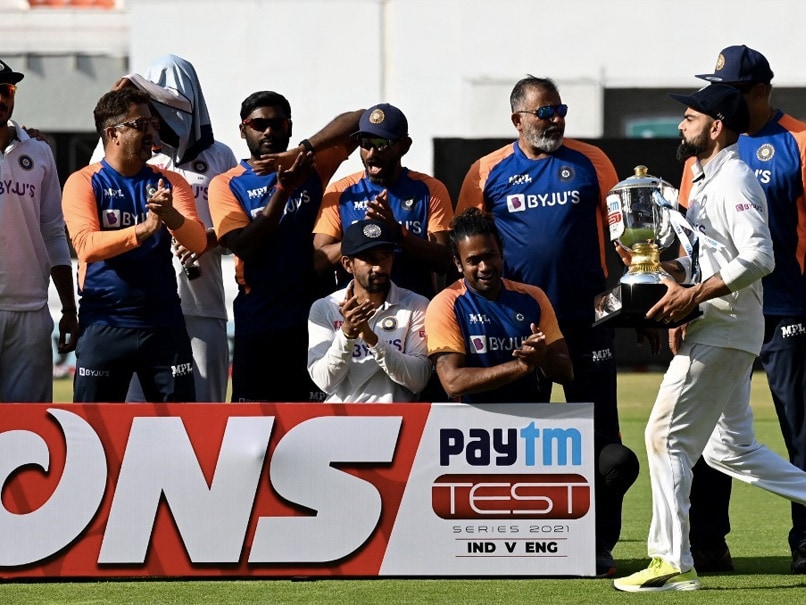 Skipper Virat Kohli said India were "relieved" to make the inaugural World Test Championship final and would now focus on that "one big game" against New Zealand in June after seeing off England. India crushed Joe Root's side inside three days in the fourth Test in Ahmedabad on Saturday to clinch the series 3-1 and finish top of the Test Championship table ahead of New Zealand. India had led the standings until November, when a change in the points system because of disruption brought by the coronavirus pandemic promoted Australia to top spot.

The new system, based on percentage of points instead of total points, left India with the daunting task of needing to win the Test series away in Australia and at home against England to make the final.

"We are relieved that now we have made it to the final," Kohli told BCCI TV.

"Probably if you look at the last two-and-a-half years how we have played, we deserve to be in that final.

"Now it's just about getting together as a group again and focusing on that one big game which is quite exciting for all of us."

New Zealand's berth in the final was secured when the Test series between South Africa and Australia was postponed last month.

Kohli had maintained that the championship race was merely a "distraction" for his team, who did not need any further incentive to win Test matches.

India twice bounced back from opening losses in four-match series to beat Australia 2-1 and England 3-1, with each game throwing up new heroes, notably wicketkeeper-batsman Rishabh Pant.

The left-handed Pant, who played a key part in the win Down Under in January, hit 101 on Friday to set up India's latest victory by an innings and 25 runs.

India overcame adversity, including being bundled out for a Test low of 36 to lose the series opener in Adelaide, the departure of Virat Kohli on paternity leave and a succession of injuries to senior players, to level the series in the Boxing Day Test in Melbourne.

A draw in Sydney followed before a patched-up India inflicted an astonishing first Test defeat on Australia at Brisbane's Gabba ground for 32 years to win the series.

"We were put under pressure, we were put in that difficult situation many times and we responded well which is why we stand here qualified for the final."

Spinner Ravichandran Ashwin said that for players like himself and fast bowler Ishant Sharma, who mostly feature in Tests, the final is "like literally the World Cup".

The ICC had initially announced that the final will be played at Lord's in June.

But the Times of India, citing ICC sources, reported Saturday that the clash scheduled from June 18 could be moved to a different venue.

New Zealand Cricket Team India vs England, 4th Test Cricket
Get the latest updates on SA vs IND 2021-22, check out the Schedule and Live Score . Like us on Facebook or follow us on Twitter for more sports updates. You can also download the NDTV Cricket app for Android or iOS.