India vs England: Virat Kohli took to Twitter to express his feelings after India qualified for the final of World Test Championship following their win by an innings and 25 runs in the fourth Test against England in Ahmedabad on Saturday. 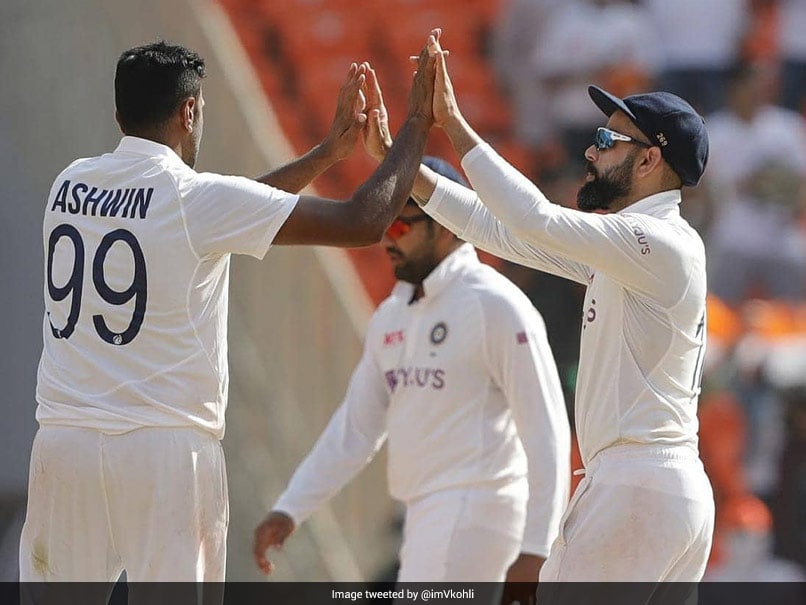 Virat Kohli was elated after India qualified for the World Test Championship final on Saturday.© Twitter

Virat Kohlitook to social media to express his feelings after India completed an emphatic win over England in the fourth and final Test in Ahmedabad on Saturday. India beat England by an innings and 25 runs to clinch the four-match series 3-1 and seal a place in the final of World Test Championship(WTC). Kohli shared a couple of pictures from the fourth Test and said that the team worked really hard to reach the final of WTC. "We worked really hard for this, happy to be in the finals. Looking forward," Kohli captioned the pictures on Twitter.

We worked really hard for this, happy to be in the finals. Looking forward. #TeamIndia pic.twitter.com/cTzFkVheRl

In the match, Kohli failed with the bat and couldn't trouble the scorers as he got a snorter from Ben Stokes that took the edge of his bat and Ben Foakes completed a simple catch behind the stumps.

However, Kohli marshaled his troops well despite being a bowler short in the second innings.

Ishant Sharma, who suffered an injury in the fourth Test, did not bowl in the second innings.

Ravichandran Ashwin and Axar Patel took five wickets each in the second innings on Day 3 of the fourth Test as India bundled England out for 135 to win the match.

Both teams will meet at the same venue on March 12 for the Twenty20 International series opener.

India and England are scheduled to play five T20Is in Ahmedabad which will be followed by a three-match ODI series.

England Cricket Team India vs England 2020-21 India vs England, 4th Test Cricket
Get the latest updates on ICC T20 Worldcup 2022 and CWG 2022 check out the Schedule, Live Score and Medals Tally. Like us on Facebook or follow us on Twitter for more sports updates. You can also download the NDTV Cricket app for Android or iOS.