India vs England: Joe Root said he keeps a track of what Virat Kohli, Steve Smith and Kane Williamson are doing in order to learn and improve. 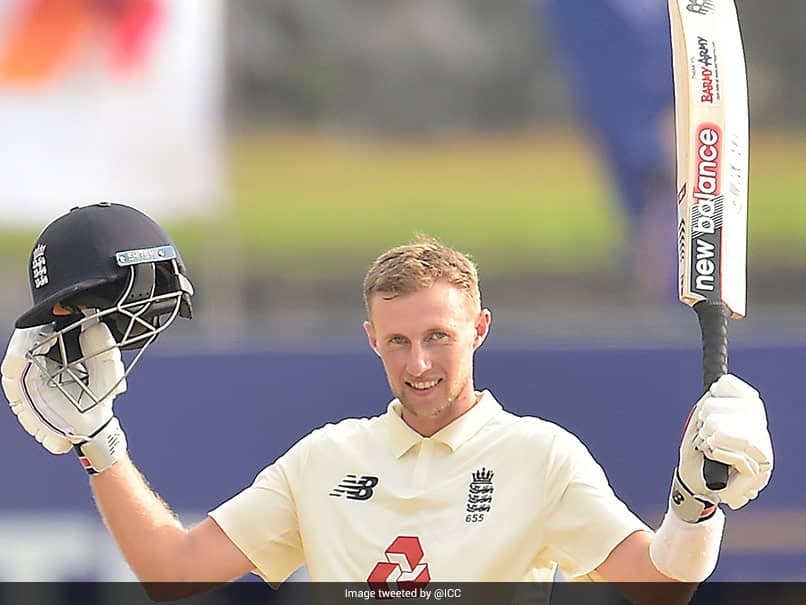 IND vs ENG: Joe Root said in the recent tour of Sri Lanka, playing a sweep shot was the low risk option.© Twitter

His slight frame in the formative cricketing years forced Joe Root to hone his skills in playing the sweep shot against spinners, something that he might employ during the "mini-battle" with Ravichandran Ashwin in the four-Test series against India starting on Friday. After former England skipper Graham Gooch, who was one of the finest exponents of the sweep shot against Asian spinners, current skipper Root -- with scores of 228 and 186 in Sri Lanka -- has shown his mastery on low and slow tracks. On the eve of the opening Test against India, Root told the story of how he developed the difficult shot that his contemporaries like Virat Kohli or Steve Smith hardly play.

"For me as a young lad, I was always very small. So it took a long time for me to grow and develop physically. I had to find a way to get the ball off the square against any spinners in particular as there was no pace to work with," Root answered to a query from PTI during a virtual media conference.

"And sweep was one shot where I could generate the maximum power."

"So learning to play that well was pretty much a scoring option for the large proportion of my junior career. Since then I have tried to develop my game a bit more broadly and worked with some brilliant players and brilliant coaches," added the England captain, who has scored more than 8000 Test runs.

Root said that in the recent tour of Sri Lanka, sweep was the low risk option taking the pitch into account while combating what their spinners had to offer.

So how will he deal with Ashwin?

"I won't look to dominate or defend but just try and play the ball that is delivered. If I stay around for a period of time, I will score some big runs. He has got a great record in India and is probably full of confidence for that series."

"...you know, I have played against him before and scored some runs and he has got the better of me a couple of times and it will be a little battle between the Test match. The contest that you want to get the better off," he said.

Root explained that risk assessment is key to playing the sweep shot.

"For me, it's about understanding playing on line or on length and understanding the surface, whether bounce is going to be an issue or the lateral movement or turn, and trying to factor all those in and calculate the risks to play in a shot."

As a teenager making his mark in club cricket, being pitted on a turner against a Test level spinner like former Pakistan slow left-arm bowler Nadeem Khan (elder brother of Moeen Khan) was one of the biggest gains for him.

"Actually (the track at) my club ground (in Yorkshire) for an English ground, it spun quite a lot, and we had a great overseas pro who played Test cricket for Pakistan, Nadeem Khan."

There was an obvious question on Big Four and Root, a self-confessed cricket fan said that he keeps a track of what Kohli, Smith and Williamson are doing in order to learn and improve.

"Obviously they are three leading players in the world and I try and learn from them. It is silly not to learn how they go about their innings, control passages of play, manage their own game and keep evolving all the time."

It is their distinct styles that make them different from each other.

"There's no one right way of batting or bowling. Everyone can figure it out themselves. Individual battles is not something that I would look at. What I would look at is always trying to win this series," said the skipper.