India vs England: Ollie Pope has been added to England's squad for the upcoming four-match series against India, said England and Wales Cricket Board in a statement. 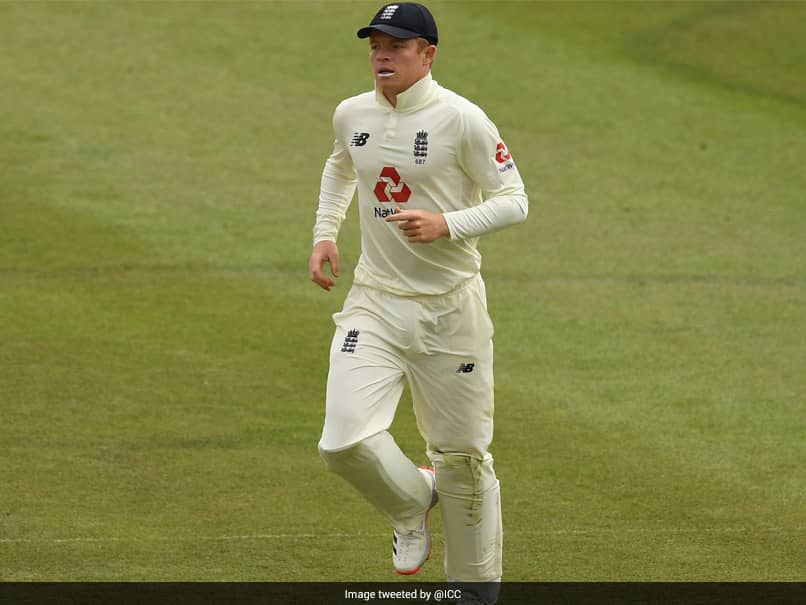 Batsman Ollie Pope has been added to the England squad for the upcoming Test series against India. Pope has fully recovered from a left shoulder injury sustained in August last year against Pakistan. "The England medical team are satisfied that he is available for selection," said England and Wales Cricket Board (ECB) in an official statement. "The 23-year-old has practised with the full squad over the past two days. England will have their final practice at the MA Chidambaram Stadium, Chennai tomorrow ahead of the first Test starting on Friday," it added.

The first two games of the four-match Test series will be played in Chennai at the MA Chidambaram Stadium before the cricketers move to Ahmedabad for the third and fourth Test.

The first Test will be played from Friday, while the second is slated to begin on February 13.

The first Test will be played behind closed doors while the second Test will have 50 per cent crowd in attendance, the Tamil Nadu Cricket Association (TNCA) secretary confirmed on Tuesday.

Speaking to ANI, TNCA secretary RS Ramasaamy said that the association has got the final approval from the BCCI to allow fans to come in for the second game of the Test series.

"We will have 50 per cent crowd for the second Test," he said.

The Joe Root-led England squad began training on Tuesday at the MA Chidambaram Stadium for the upcoming first Test.

England Cricket Team Ollie Pope India vs England 2020-21 Cricket
Get the latest updates on IPL 2021, IPL Points Table , IPL Schedule 2021 , live score . Like us on Facebook or follow us on Twitter for more sports updates. You can also download the NDTV Cricket app for Android or iOS.