IND vs ENG: Suryakumar Yadav "Not Disappointed" With Dismissal, Says Few Things Not In His Control

India vs England: Suryakumar Yadav said that he was not disappointed with his dismissal as "few things" are not in his control. 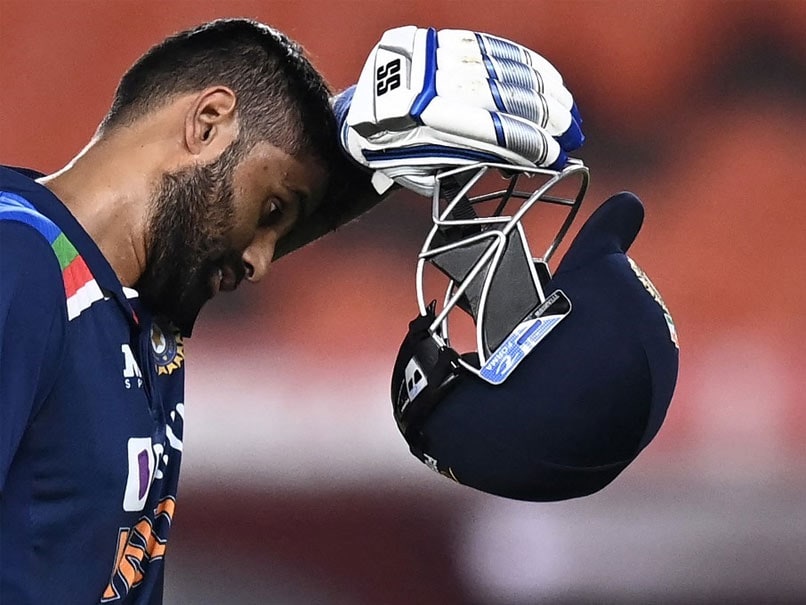 Suryakumar Yadav was dismissed in controversial fashion in the fourth T20I.© AFP

"Very happy with the way the things went outside. My plan was really clear when I went out to bat. I have seen Archer in the last two-three seasons in the IPL, I watched all of his games, whenever a new batsman comes in, what plans he has, obviously I had my plans as well," said Suryakumar while replying to an ANI query during a virtual press conference.

"It was a great opportunity for me to bat at number three for India. Yeah, I knew he will come a little short at me, I am really happy with the way things went. Regarding my dismissal, not really disappointed because few things are not in my control. Things that are in my control, I try to control that and things outside that, are not in my hands,"

During India's innings, couple of umpiring calls created a bit of controversy. Suryakumar Yadav was sent back to the pavilion by Sam Curran. The right-handed batsman tried to play a ramp shot but Dawid Malan ended up taking the catch.

Replays indicated that the ball might have hit the ground when Malan was taking the catch, however, as the soft signal was out, the third umpire stayed with the on-field call citing "lack of conclusive evidence".

Suryakumar was not included in India's squad for the white-ball series against Australia. Talking about how he prepared for the series against England, he said: "I have always said that the passion for this game has always kept me going. I kept working hard, I only knew that I have one option and I try to do things that are in my control. I kept on working on my skills and fitness and I knew that when the time is right, an opportunity will come and I will grab it with both hands."

England Cricket Team Suryakumar Yadav Dawid Malan India vs England 2020-21 India vs England, 4th T20I Cricket
Get the latest updates on SA vs IND 2021-22, check out the Schedule and Live Score . Like us on Facebook or follow us on Twitter for more sports updates. You can also download the NDTV Cricket app for Android or iOS.