India vs England: Wasim Jaffer's humour knew no bounds when scripting a conversation between England players assessing the pitch ahead of fourth Test. 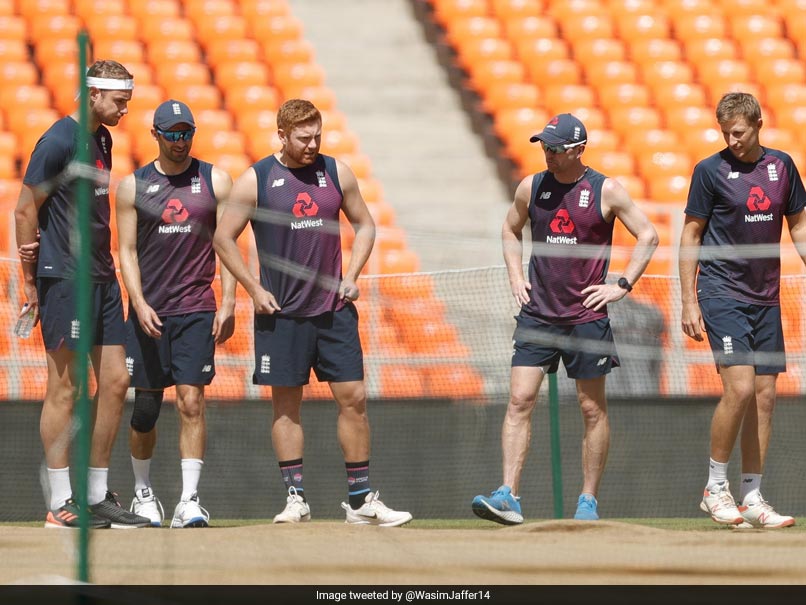 Wasim Jaffer yet again brought his humour game to the fore with a fictitious account of a conversation between England players ahead of the fourth Test against India. Jaffer tweeted a picture where England captain Joe Root is seen along with Stuart Broad, Mark Wood, Jonny Bairstow and support staff member Paul Collingwood as the group assesses the pitch. Jaffer drew from England's struggles against spin in the last two Tests and wrote an account where the Englishmen are perturbed by the sight of another turner.

Broad: Guess my tour is over then.
Wood: At least you played bro.
Bairstow: Where me flat pitch?!
Colly: Oh this one's gonna turn innit?
Root: Ah shit here we go again..#INDvsENG pic.twitter.com/mJfcrjRFw8

The pitch used in the third Test in Ahmedabad came under intense scrutiny by players and pundits alike after the Test ended inside two days with India emerging victorious by 10 wickets.

While former England cricketers Michael Vaughan, Andrew Strauss and Alastair Cook slammed the pitch for assisting spin too much, India skipper Virat Kohli and Rohit Sharma blamed a lack of application by the batsmen for the string of low scores in the third Test.

No team could cross 150 runs in the Test and England were dismissed for 112 and 81 even as India made 145 and then chased down the target of 49 runs with ease.

On the eve of the fourth Test, Kohli had a strongly-worded response for the critics of the pitch, coming close on the heels of Ravichandran Ashwin quipping earlier that the pitch talk had gotten out of hands.

"Do you play the game to win it or to make sure it goes to five days and there is entertainment?" Kohli said on Wednesday.

"I believe there is too much noise about spinning tracks. The reason behind our success as a team is that we haven't cribbed about any surface we have played on. We have always tried to improve," he added.

Jonny Bairstow Paul Collingwood India vs England 2020-21 Cricket
Get the latest updates on ICC T20 Worldcup 2022 and CWG 2022 check out the Schedule, Live Score and Medals Tally. Like us on Facebook or follow us on Twitter for more sports updates. You can also download the NDTV Cricket app for Android or iOS.