India vs England: Michael Vaughan Reacts To Virat Kohli's Comments About Pitch Ahead Of 4th Test

India vs England: Michael Vaughan has been fighting a valiant battle against the quality of the pitch at Ahmedabad and added another chapter to it. 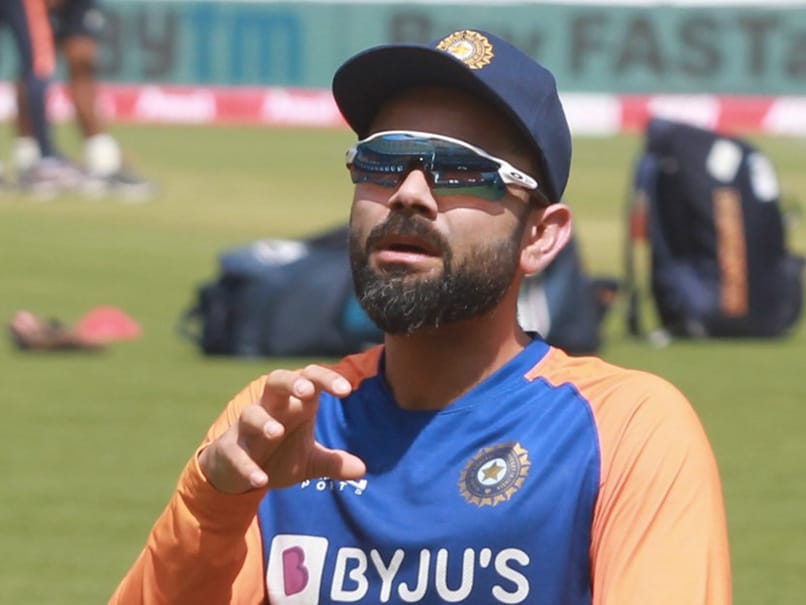 Virat Kohli had said that there is too much noise about spinning tracks.© BCCI

Michael Vaughan, former England captain, took to Twitter to react to Virat Kohli's comments about the pitch on Wednesday. On the eve of the fourth Test between India and England, Virat Kohli, in a press conference, had said that there is too much unnecessary talk about the pitchand the reason for Team India's success as a unit is that they don't crib about the surface that they play on and always look to improve. Countering these thoughts from Kohli, Vaughan cited reports suggesting that the Chepauk curator was sacked after India lost the first Test in Chennai by 227 runs.

"Pretty sure the Groundsman was sacked after the 1st Test because the pitch was too flat !!!!! Isn't that cribbing about a pitch ?? #JustAsking," Vaughan tweeted.

Pretty sure the Groundsman was sacked after the 1st Test because the pitch was too flat !!!!! Isn't that cribbing about a pitch ?? #JustAsking ? https://t.co/ZlX2RABikZ

The Ahmedabad pitch became talk of the town after the third Test ended inside two days as 17 wickets tumbled on Day 2.

Out of all the 30 wickets that fell in the match, spinners accounted for 28 with Axar Patel, only in his second Test, taking two five-wicket hauls in the match.

Ahead of the fourth Test, Kohli also mentioned that when India lost in New Zealand, no one said a word about the surface but were critical of India as a batting unit. However, spinning tracks always attract unnecessary criticism.

"I am sure even our people never wrote about the pitch when we lost in three days in New Zealand," the skipper said.

"It has always been the case that spinning tracks are criticised but when the ball seams a lot and teams are bundled out for 40-50, no one talks about it," the India captain concluded.

Virat Kohli Michael Vaughan India vs England 2020-21 Cricket
Get the latest updates on IPL Auction 2023 and check out  IPL 2023 and Live Cricket Score. Like us on Facebook or follow us on Twitter for more sports updates. You can also download the NDTV Cricket app for Android or iOS.