India vs England: After helping India to victory in the four-match Test series, Rishabh Pant couldn't prevent a defeat in the first T20I in Ahmedabad. Both sides face each other again in the second T20I on Sunday, and Ian Chappell feels Pant has evolved as a player. 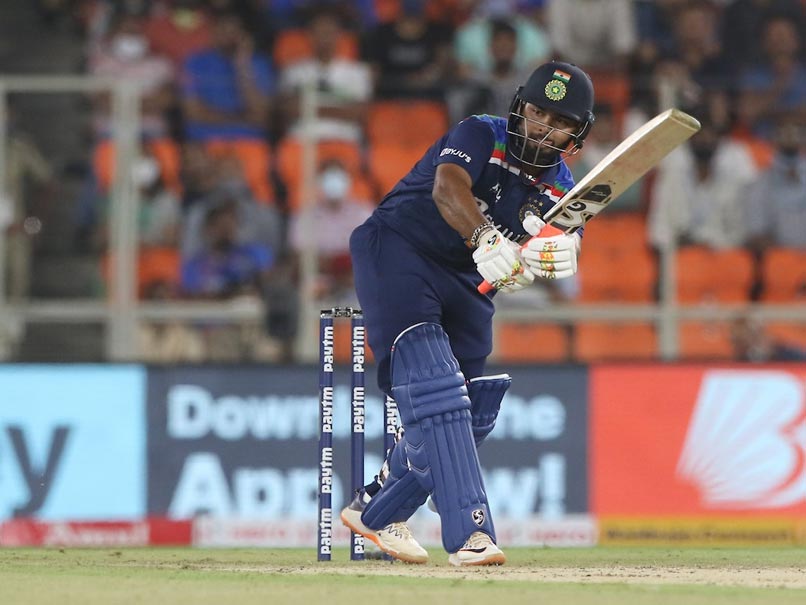 IND vs ENG: Rishabh Pant will be aiming to post a big score in the second T20I in Ahmedabad.© BCCI

Former Australia captain Ian Chappell has said that the spirit of wicketkeeper-batsman Rishabh Pant epitomises India's confident and attacking approach in modern-day cricket. Pant has been in remarkable form off late as he played a crucial knock in the fourth and final Test against England which also saw him reverse-sweeping James Anderson when he was coming into bowl with the second new ball. The young Indian batsman has played match-winning knocks off late. In January this year, Pant played a match-winning knock against Australia at the Gabba, Brisbane as India went on to win the four-match series 2-1 Down Under against all odds.

"Pant was reading the riot act in Australia when he turned up overweight. He then "worked his backside off", according to the coach, and was reinstated in the team after the Indian debacle at Adelaide Oval. What followed has been a revelation. Pant has produced three innings that changed the course of a Test with mature counterattacking when the team was in trouble. Most players don't contribute that many in a career," Chappell wrote in his column for ESPNcricinfo.

"Not content with just batting heroics, Pant has also evolved as a keeper when standing up to the spinners, going from fumbling to fabulous in the space of a few weeks. Pant is a popular player in the Indian side and his spirit epitomises the team's confident, attacking approach to the game. England has players who could provide a similar stimulus to their team. What they lack is a conducive environment," he added.

The performances in Test format have also seen Pant earning his place back in India's T20I squad. Although he was not able to post a big score in the first T20I against England, the hosts would be hoping that he continues to play an attacking brand of cricket.

"In modern India, the players are more confident and aggressive. This attitude is boosted further on reaching the international arena by the positive encouragement of the leadership group of Virat Kohli, Ajinkya Rahane, and Ravi Shastri. Then there's the IPL. It has resulted in Indian players being exposed to more international thinking and training, which has had a positive effect on both cricketers and coaches," said Chappell.

"Pant was scared of... well, nothing actually. The chirpy Indian keeper, armed with a supremely confident disposition, played each innings balancing aggression with appropriate caution. His approach of "see the ball and hit it" is a simple one but it's fortified by the common-sense approach of always looking for opportunities to score," he added.

The performances in Test cricket have also helped Pant in moving to the seventh spot in ICC Test batsmen rankings.

Rishabh Pant Ian Michael Chappell India vs England 2020-21 India vs England, 2nd T20I Cricket
Get the latest updates on Fifa Worldcup 2022 and check out  Fifa World Cup Schedule, Stats and Live Cricket Score. Like us on Facebook or follow us on Twitter for more sports updates. You can also download the NDTV Cricket app for Android or iOS.