India vs England, 4th Test: "He Abused Me," Says Siraj On Why Ben Stokes Was Confronted By Virat Kohli

India vs England: Mohammed Siraj revealed after Day 1 of 4th Test that it was Ben Stokes who had sledged him first and that resulted in their verbal altercation on the field. 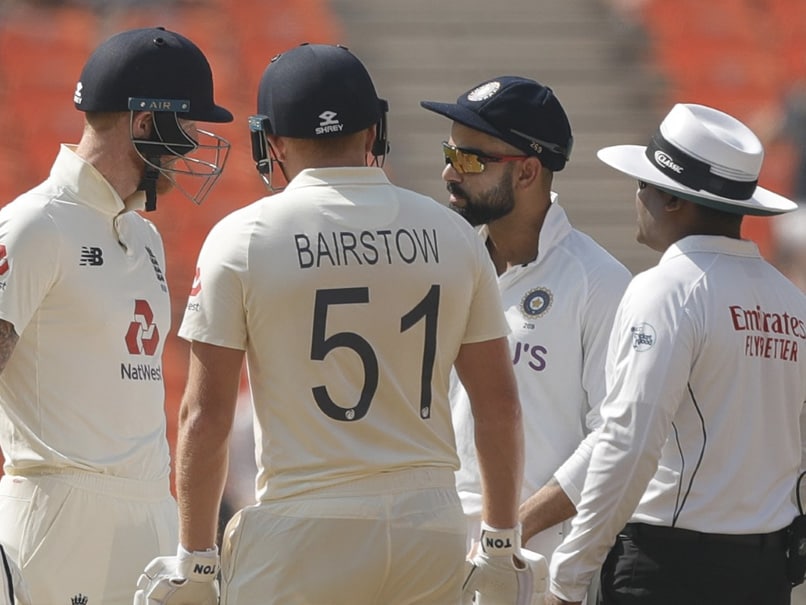 IND vs ENG: Virat Kohli was seen having an animated discussion with Ben Stokes on Day 1 of 4th Test.© BCCI

Mohammed Siraj threw some light on the altercation between himself and England's Ben Stokes on Day 1 of the fourth Test in Ahmedabad. In the first session of the day, Siraj and Stokes were seen involved in a war of words as the Indian pacer bowled to the English all-rounder. Even India skipper Virat Kohli had to get into the chat after which Stokes and Kohli were seen having an animated discussion before the umpire intervened. After the match, Siraj revealed what had happened on the field.

"Usne mujhe gaali diya (He abused me)," said Siraj after the day's play when asked about what had transpired.

Siraj added that he took up the issue with Kohli, who then had a chat with Stokes.

The England vice-captain scored a gutsy 55 and top scored for his team in what was another disappointing show with the bat by the visitors.

England were dismissed for 205 in their first innings and India were 24 for 1 at Stumps, still 181 runs behind.

Siraj enjoyed his outing with the ball, though, picking up two wickets in return for 45 runs.

His set-up of Joe Root and the delivery that dismissed the England captain was one of the highlights of the day.

Siraj made one nip back in off good length and hit Root right in front of the stumps. Root was trapped lbw for five runs.

Siraj then returned to send back Jonny Bairstow (28) with a delivery that hit the batsman high on the back pad. Bairstow reviewed the on-field lbw call but the TV umpire concurred with the initial decision.

Ben Stokes Mohammed Siraj India vs England 2020-21 India vs England, 4th Test Cricket
Get the latest updates on IPL Auction 2023 and check out  IPL 2023 and Live Cricket Score. Like us on Facebook or follow us on Twitter for more sports updates. You can also download the NDTV Cricket app for Android or iOS.