India vs England, 4th Test: Rishabh Pant Sledges Zak Crawley, He Gets Out Next Delivery. Watch

India vs England: Axar Patel dismissed both England openers in the ongoing fourth Test in Ahmedabad. 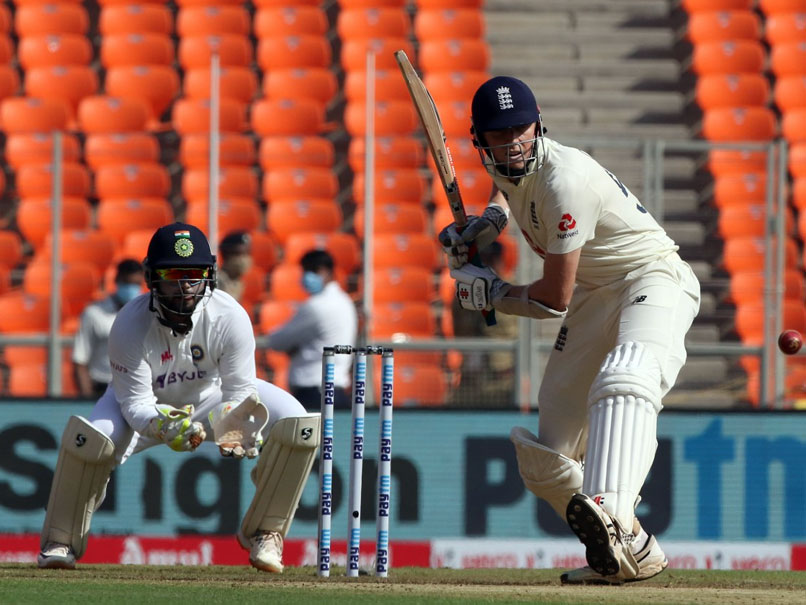 IND vs ENG: Zak Crawley was dismissed by Axar Patel on Thursday.© BCCI

England's top order once again failed to find a way to tackle Axar Patel as the left-arm spinner struck twice on Day 1 of the ongoing fourth Test to send back both openers on Thursday. While Axar beat the defence of Dom Sibley with an arm ball that went straight through to the stumps, the spinner can thank Rishbah Pant for his second wicket in the match. In the 8th over, Crawley had come down the track to drive the spinner for a boundary. Later on, Pant was heard on the stump mic saying "someone's getting angry" and on the very next delivery Zak Crawley came down the track again and mistimed a lofted shot that ended up in the hands of Mohammed Siraj.

7.4 overs - Rishabh Pant "someone is getting angry now".

7.5 overs - Crawley hits the aerial shot coming down the track and gets out.#IndvEng #ENGvIND pic.twitter.com/8nKE8slOHJ

Earlier in the day, England won the toss and opted to bat in Ahmedabad.

India made just one change from the last Test as Siraj came into the playing XI in place of Jasprit Bumrah, who has been granted leave by the Board of Control for Cricket in India due to personal reasons.

On the other hand, England benched Stuart Broad and Jofra Archer and brought in Dan Lawrence and Dom Bess in their final XI.

India lead the four-match series 2-1 after their thumping win in the third Test that ended inside two days.

A win or a draw for India will assure them of a place in the final of the World Test Championship where they will face New Zealand at Lord's cricket ground.

England, who are out of contention for a place in the final of WTC, can spoil India's chances if they can secure a win and then Australia will qualify for the final.

Rishabh Pant
Get the latest updates on ICC Women's Cricket World Cup 2022 and IPL 2022, check out the Schedule , Live Score and IPL Points Table. Like us on Facebook or follow us on Twitter for more sports updates. You can also download the NDTV Cricket app for Android or iOS.