India vs England: India included three fresh faces in their ODI setup for the upcoming three-match series against England. 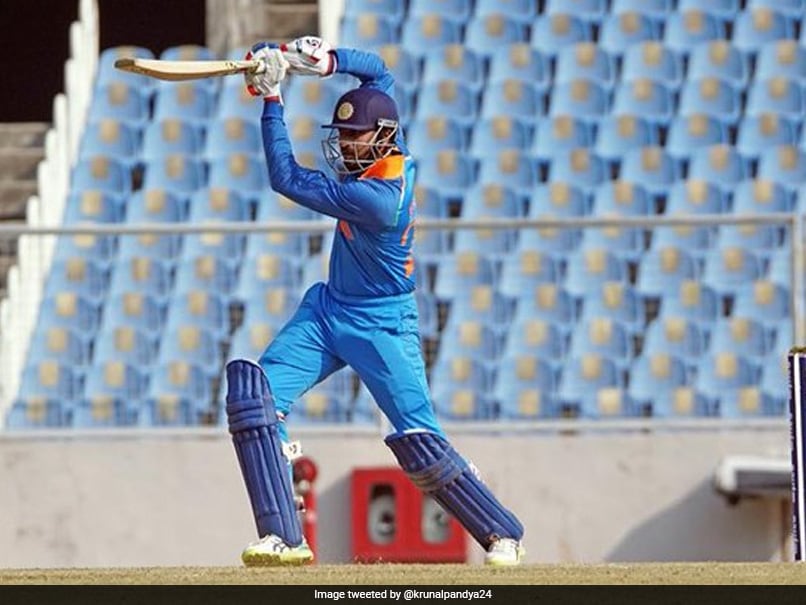 The Board of Control for Cricket in India (BCCI) announced a strong 18-man squadfor the upcoming three-match ODI series against England on Friday. India included three fresh faces in their ODI setup -- Krunal Pandya, Suryakumar Yadav and Prasidh Krishna. Krunal, who has played 18 Twenty20 Internationals (T20Is), shared a picture of him in the India jersey and said he is ready to give it his all. "Honoured and grateful to have the opportunity to represent my country once again Ready to give it my all," he tweeted.

Honoured and grateful to have the opportunity to represent my country once again Ready to give it my all. pic.twitter.com/B7mdTzrPYK

Prasidh Krishna who has done well for the Kolkata Knight Riders in the Indian Premier League (IPL) said being called up to play for the country is like a dream come true moment for him.

Feels surreal when you get the call to play for your country
It's like a dream come true. Excited to play my part and contribute to the success of the team.
Thanks @BCCI. Can't wait to get started. https://t.co/IQ63JQDBXb

While Suryakumar was named in the squad after impressing one and all with his maiden T20I half-century on Thursday, Krunal was rewarded for his performances in the domestic 50-over tournament -- Vijay Hazare Trophy.

The left-handed all-rounder scored 388 runs from five matches at a staggering average of 129.33, including a 133 not out against Chhattisgarh.

He also picked up five wickets while keeping the run-rate down.

Krishna, the 25-year-old pacer, also did well in the Vijay Hazare Trophy, accounting for 14 dismissals while giving away runs at 5.44.

The three-match ODI series will begin on March 23 in Pune. All the matches will be played behind closed doors and at the same venue.

England Cricket Team Krunal Pandya Prasidh Krishna Suryakumar Yadav India vs England 2020-21 Cricket
Get the latest updates on IND vs NZ 2021, check out the Schedule and Live Score . Like us on Facebook or follow us on Twitter for more sports updates. You can also download the NDTV Cricket app for Android or iOS.