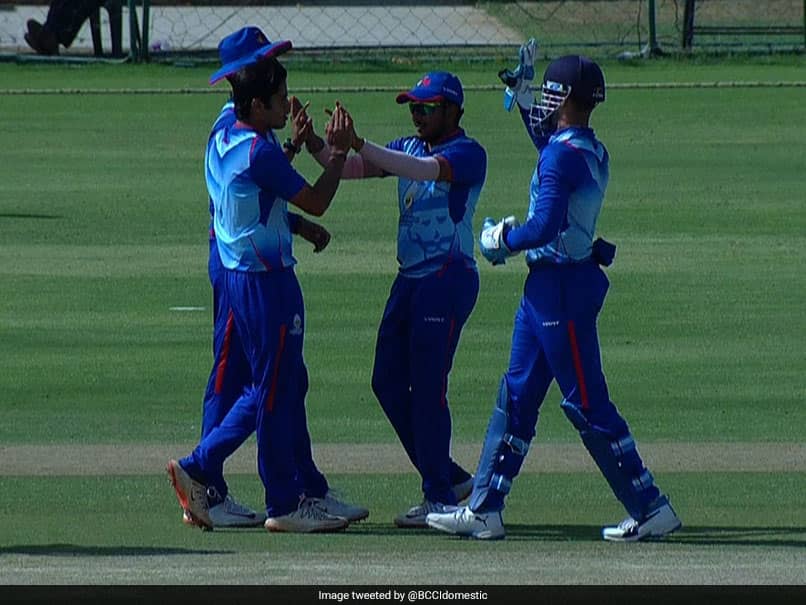 Captain Prithvi Shaw's marauding 73 off 39 balls followed by former skipper Aditya Tare's unbeaten hundred guided Mumbai to their most deserving Vijay Hazare title triumph with a crushing six-wicket victory over Uttar Pradesh in one of most lopsided finals on Sunday. Opting to bat, UP rode on opener Madhav Kaushik's unbeaten 158 to post 312/4, but it was overshadowed by the Shaw blitzkrieg which set the platform for Tare to finish off the chase in style with as many as 51 balls remaining.

This is Mumbai's fourth Hazare title and the one to remember for Shaw (827 runs), who now holds the record for highest runs scored in single edition of this competition.

Shaw started with a cover-drive, off left-arm seamer Yash Dayal. He got a life on 5, after being dropped by Karan Sharma at mid-off, and he then smashed three fours in the second over off Aaqib Khan.

He then took on Dayal, hammering two boundaries and a six over mid-wicket, his trademark pull-shot, as Mumbai raced to 32/0 after three overs.

Shaw continued his onslaught and notched up his 50 in only 30 balls, with a six, another pull shot, but then holed in the deep off Shivam Mavi when another hundred looked imminent.

Jaiswal and Tare added 38-run stand but the left handed opener gave Shivam Sharma his first wicket, after being caught by Mavi but Mumbai were already on course with a run-rate of 8.5 runs per over.

Veteran Tare, who hammered 18 boundaries in his 107-ball knock, anchored the innings and found an able ally in Shams Mulani (36), as the duo took the game deep, as Mumbai cruised to the target, with 174/2 after 25 overs.

Tare and Mulani kept playing shots at will as the duo added crucial 88-runs for the third wicket. But Mulani perished in the 31st over, with Mumbai still needing another 98 runs.

However, Tare kept the momentum going as he hammered Dayal for three boundaries in the 33rd over, even as Shivam Dube (42 off 28 balls; 6x4, 1x6) played a fitting cameo.

Tare completed his century in 91 balls, his first in List A cricket, with a single. The Tare-Dube duo took Mumbai on the cusp of a win, adding 88 runs for the fourth wicket before the former skipper played a back cut between point and short third man to complete the formalities.

Earlier, UP rode on opener Madhav Kaushik''s unbeaten 158 to post 312 for four.

It will be some consolation that Kaushik is now the highest individual scorer in a National One Day Championship final, surpassing Mayank Agarwal's 125 against Punjab in 2014.