Just like MS Dhoni and Yuvraj Singh on the pitch, their former teammate Virender Sehwag too was in top form off it. Viru, who is fondly termed Twitter King, congratulated the two in his trademark style. 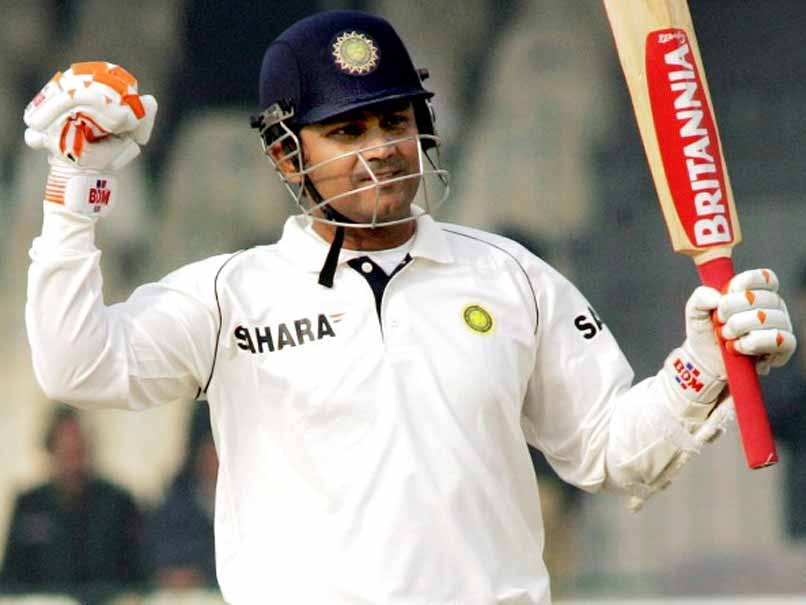 MS Dhoni and Yuvraj Singh wound the clock back as they put on 256 runs for the fourth wicket in the 2nd ODI against England at Cuttack. Dhoni and Yuvraj arrived at the crease when the hosts were reeling at 25-3. The duo went on to stitch one of the most memorable partnerships in recent times as the star left-hander scored 150 runs, with three sixes and 21 boundaries. Dhoni, who scored his first ODI ton since 2013, played a 134-run knock that included 10 fours and six sixes. The two veterans pulverised the England attack to help India post a 381 runs.

Just like Dhoni and Yuvraj on the pitch, their former teammate Virender Sehwag too was in top form off it. Viru, who is fondly termed Twitter King, congratulated the two in his trademark style.

Only old notes are out of circulation.
Great knocks from @YUVSTRONG12 and @msdhoni . pic.twitter.com/A87EmghpV8

Not just Sehwag, but his former batting partner Sachin Tendulkar too was left mesmerised by the Dhoni-Yuvraj stand.

Yuvraj was out of the ODI team for three years, having played his last match before this series in December 2013. On the other hand, Dhoni had a fairly modest three years with the bat before this.

Comments
Topics mentioned in this article
India Cricket Team India vs England 2016-17 MS Dhoni Yuvraj Singh Virender Sehwag Cricket
Get the latest updates on Fifa Worldcup 2022 and check out  Fifa World Cup Schedule, Stats and Live Cricket Score. Like us on Facebook or follow us on Twitter for more sports updates. You can also download the NDTV Cricket app for Android or iOS.