India vs England: MS Dhoni Signals For Review Before Captain Virat Kohli, Gets It Bang On

Virat Kohli was handed the captaincy reigns after MS Dhoni stepped down from the role earlier in the month. Kohli's first game in charge could not have been scripted any better, as the 28-year-old scored his 27th ton to help the Men in Blue chase down a mammoth England total. 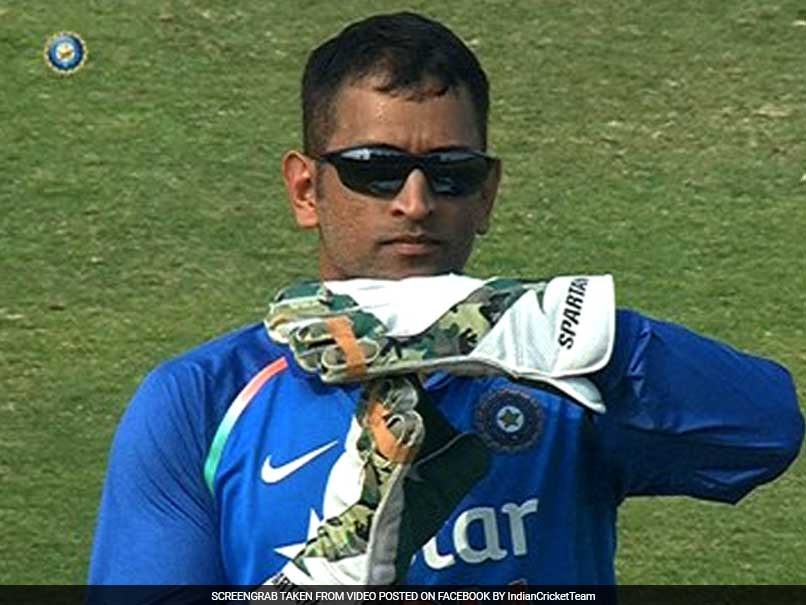 Before the match, fans were keen to observe the MS Dhoni-Virat Kohli dynamics on the field.© BCCI

The Indian cricket team ushered in a new era on Sunday, as Virat Kohli took charge of the limited-overs side. Kohli was handed the captaincy reigns after MS Dhoni stepped down from the role earlier in the month. Kohli's first game in charge could not have been scripted any better, as the 28-year-old scored his 27th ton to help the Men in Blue chase down a mammoth England total. Before the match however, fans were keen to observe the Dhoni-Kohli dynamics on the field, especially since the wicketkeeper-batsman was playing a regular member of the team for the first time after a long time.

As England piled on the runs, Kohli consulted his predecessor on multiple occasions. Dhoni too helped set the field and get all the angles right through the course of the match. One interesting moment though, stood out for all the fans when the Indians appealed for Eoin Morgan's wicket off Hardik Pandya's bowling.

The left-hander appeared to have edged the ball to Dhoni, but the umpire was unmoved despite frantic appeals from the fielding side. The reaction from the umpire prompted Dhoni to signal for a review almost immediately, even before captain Kohli. Ultimately, it was the skipper who had to officially ask the umpire to go upstairs.

Ahead of the series, Kohli had stated that Dhoni's decision-making ability was second to none.

"I saw a statistic that said that 95% of the appeals that he has made in his career have been successful appeals. There will be no further debate after he says if it is outside the line or missing stumps. He is always someone who has always been very smart with decision-making as far as appeals are concerned. His would be the one word I would trust," Kohli had told reporters.

On a personal front, Dhoni didn't have a great outing in Pune. The right-hander scored just six runs to add to his one catch and a stumping.

India went 1-0 up in the series after successfully chasing the 351-run target. Kohli and Kedar Jadhav were the star performers, stitching together a 200-run stand for the fifth wicket.

Comments
Topics mentioned in this article
India Cricket Team Virat Kohli MS Dhoni Cricket India vs England 2016-17 England Cricket Team
Get the latest updates on IND vs NZ 2021, check out the Schedule and Live Score . Like us on Facebook or follow us on Twitter for more sports updates. You can also download the NDTV Cricket app for Android or iOS.