India and Bangladesh will both be looking to clinch the series, which is tied 1-1, at the Vidarbha Cricket Association Stadium in Nagpur. 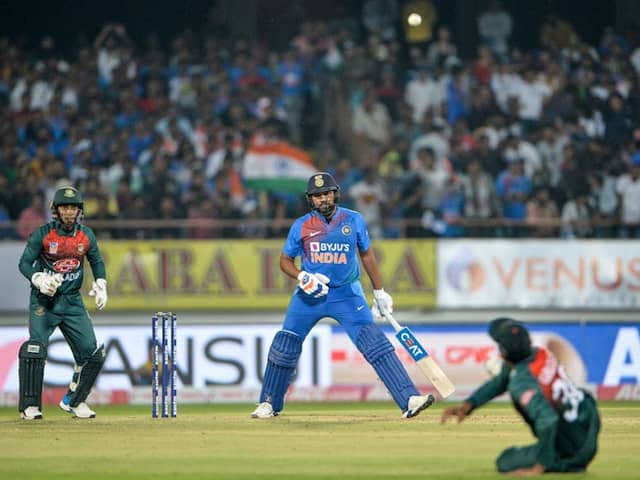 India take on Bangladesh in the third and final T20 International of the series in Nagpur on Sunday. With the series tied at 1-1 the match is going to be the series decider. After Bangladesh won the first match in Delhi, Rohit Sharma, India's stand-in captain for the series, stole the show in the second T20I in Rajkot. Chasing a target of 154, Rohit Sharma went on a blitzkrieg, scoring 85 off just 43 deliveries as he propelled India to a comfortable win.

While Bangladesh came into the series without some key players missing -- Tamim Iqbal pulled out of the India tour for the birth of his second child while Shakib Al Hasan is serving an ICC ban -- they have seen some strong performances, especially with the bat.

Mushfiqur Rahim played a brilliant knock as a finisher in the first T20I, ably supported by Soumya Sarkar, while youngster Mohammad Naim, playing only his second T20I, played a fine knock in their defeat in Rajkot.

Aminul Islam has been Bangladesh's best bowler in the series, picking up four wickets.

For India, all eyes will again be on Rishabh Pant, who has failed to reach his explosive best with the bat yet again. More importantly, his gaffes behind the stumps and with regard to some DRS calls have put him in further scrutiny.

Sanju Samson, who smashed a double century in the recently concluded Vijay Hazare trophy for Kerala, is in the squad and his presence will only add pressure on Pant to come good.

The bowling unit, especially the young pacers being given a chance this series, will also be looking to step up, with Yuzvendra Chahal being the only bowler who consistently impressed in both the matches.