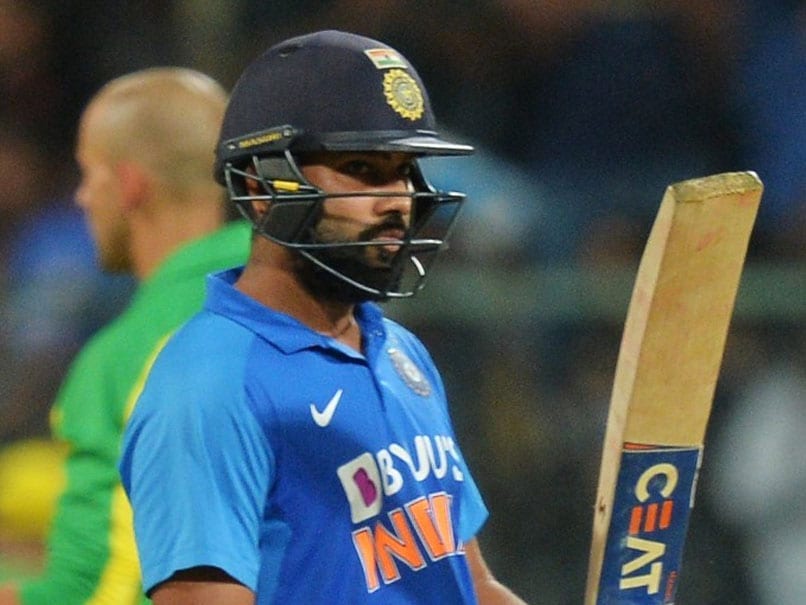 Rohit Sharma slammed his 29th One-Day International century in the ongoing third match of three-game series against Australia in Bengaluru on Sunday. Rohit Sharma smashed eight boundaries and hit five shots that went over the ropes enroute to the magical three-figure mark. It was Rohit Sharma's eight century against Australia in the ODI format. Rohit Sharma came in to bat with a new opening partner KL Rahul as Shikhar Dhawan, who injured his left shoulder, did not come out to open the innings. KL Rahul and Rohit Sharma put on 64 runs for the first wicket before Ashton Agar removed Rahul to provide the first breakthrough for the visitors. India captain Virat Kohli then joined his deputy Rohit in the middle and took the home side closer to the target.

Earlier, Rohit Sharma became the third fastest batsman to score 9,000 runs in the 50-over format.

The 32-year-old batsman went past the likes of Sachin Tendulkar and current BCCI president Sourav Ganguly to achieve the feat.

Only Virat Kohli, who took 197 innings to achieve the landmark, and AB de Villiers, who played 205 innings to score 9,000 runs in the One-Day format.

In the match, Australia posted a competitive total of 286 for nine from their quota of 50 overs.

Steve Smith top-scored for the visitors as he managed to get his first ODI century after three years.

Marnus Labuschagne, playing his third ODI, slammed his maiden half-century in his second outing with the bat in the 50-over format.

KL Rahul India vs Australia 2020 Cricket
Get the latest updates on India vs South Africa and check out  Schedule, Results and Live Score. Like us on Facebook or follow us on Twitter for more sports updates. You can also download the NDTV Cricket app for Android or iOS.