Ravichandran Ashwin dropped a place to leave Ravindra Jadeja at the top of ICC Test bowlers' rankings. Cheteshwar Pujara rose four places to be ranked No.2 in the list of batsmen. 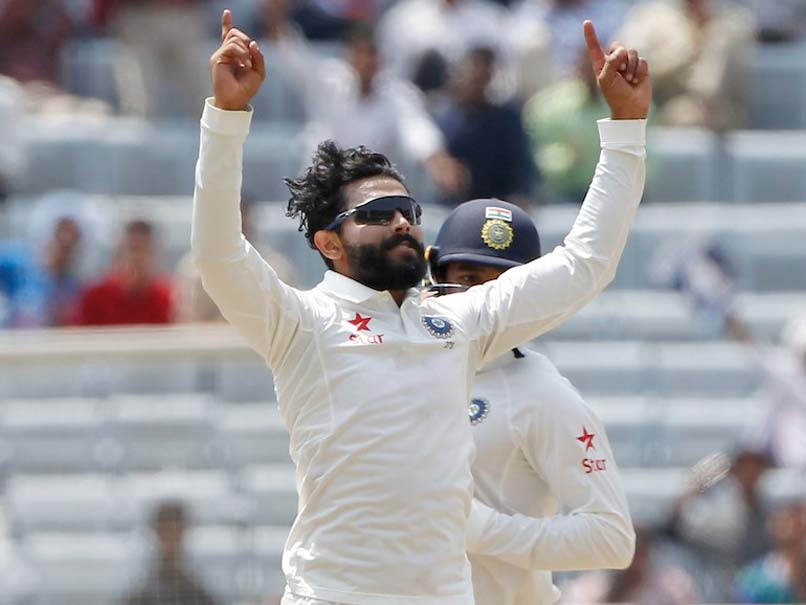 Some brilliant performances during the ongoing series between India and Australia means that Ravindra Jadeja remained No.1 in the list of International Cricket Council's (ICC) rankings for Test bowlers. Ravichandran Ashwin was at the top but dropped a place to No.2. Meanwhile, Cheteshwar Pujara reached a career-high second rank among batsmen. Left-arm spinner Jadeja whizzed past Ashwin after snaring nine wickets in the drawnthird Test against Australia, which put the four-match series interestingly poised at 1-1.

Jadeja, who grabbed five for 124 and four for 52 in Ranchi, has gained seven points after starting joint-first with Ashwin at 892 points. The left-arm spinner has become only the third Indian player after Ashwin and Bishan Singh Bedi to top the bowling charts on his own.

Pujara too has reason to celebrate as his knock of 202 has helped him gain four slots to reach a career-best second ranking with 861 points.

The Saurashtra batsman has replaced New Zealand captain Kane Williamson, who is now in fifth place, also slipping behind Joe Root and Virat Kohli, who remained static at fourth position. Top-ranked Australian captain Steve Smith has reached a career-high rating of 941 points after scores of 178 not out and 21.

While Jadeja has closed in on a major landmark as his tally of 899 rating points has put him on the brink of becoming only the second Indian bowler after Ashwin to touch the 900-point mark, Ashwin, who had a highest rating of 904 points, has slipped 37 points behind Jadeja to 862 points after finishing with just two wickets in Ranchi.

Meanwhile, the race for the second spot in the ICC Test team rankings has become interesting as Australia and South Africa compete ahead of the cut-off date of April 1, on which India is assured of finishing first and getting a cash award of $1 million.

Comments
Topics mentioned in this article
India Cricket Team Australia Cricket Team Cheteshwar Pujara Ravindra Jadeja Ravichandran Ashwin Virat Kohli India vs Australia 2017 Cricket
Get the latest updates on SA vs IND 2021-22, check out the Schedule and Live Score . Like us on Facebook or follow us on Twitter for more sports updates. You can also download the NDTV Cricket app for Android or iOS.