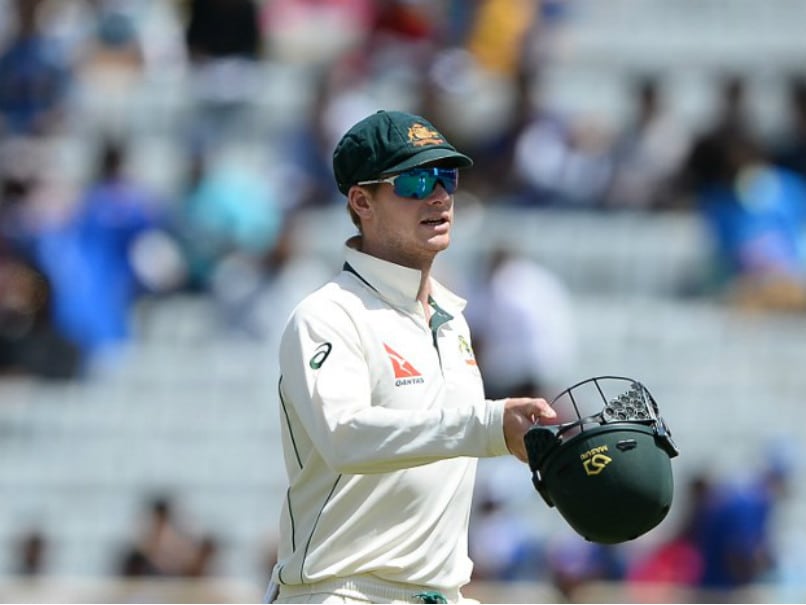 Cricket Australia (CA) have praised captain Steve Smith for the way he led his team in the tour of India which concluded on Tuesday in Dharamsala. CA on Wednesday lauded Smith for his "honesty and gracious comments" at the end of a bitterly-fought Test series and also hailed the resilience and determination shown by the side. Smith had apologised at the end of Dharamsala Test and conceded that emotions got the better of him several times in the series which Australia lost 1-2.

"They came very close to winning the series, but did achieve Australia's first Test win in India since 2004. There were many fine individual performances, but none better than those of the captain," CA chairman David Peever said in a statement.

"Steve showed yet again what an outstanding leader he is becoming, and his honesty and gracious comments at the end demonstrated the qualities that Australians expect from their Test captain."

The chairman said CA was proud of the team.

"As the team arrives home over the next two days, they will find that all of Australia is immensely proud of their efforts. Some gave them little chance of testing the world's number one team, but instead showed resilience, adaptability and a determination to overcome the difficulties they have experienced in recent years in such conditions."

"Credit must also be given to the Bupa Support Team staff, who helped the squad prepare so well in Dubai, and then guided them through the lengthy visit."

Peever said Australia would "aspire to be number 1 in all formats".