India Lucky to Have a Stand-in Captain Like Ajinkya Rahane: Ian Chappell

Ajinkya Rahane performed the duties in his own quiet way, a contrast to the usually animated Virat Kohli on the field. 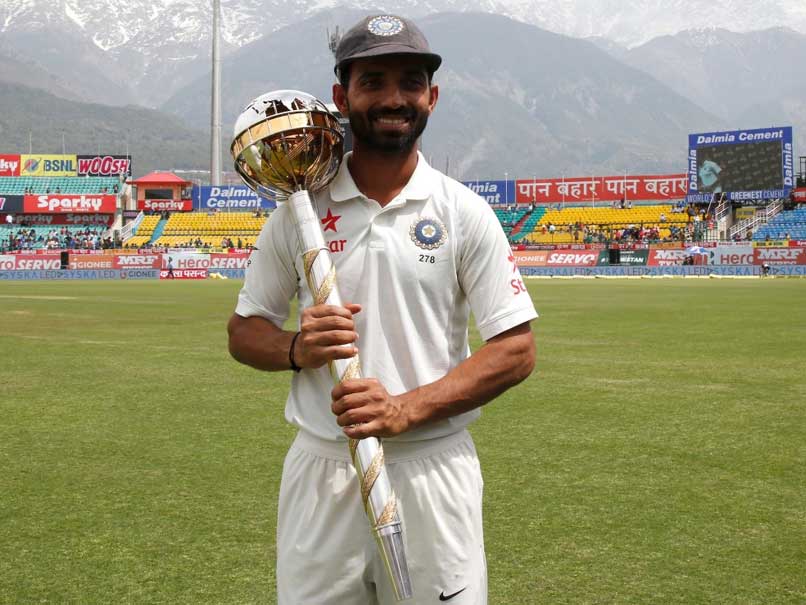 Ajinkya Rahane stepped in to lead after Virat Kohli was ruled out of the 4th Test.© BCCI

Ian Chappell says India are lucky to have a stand-in captain like Ajinkya Rahane, who led the hosts to a series win in Dharamsala in the absence of injured Virat Kohli.

"India are very very lucky to have a stand in captain like Rahane. I thought he did a fantastic job," the former Australian captain told ESPNcricinfo.

"It is not easy to do the job of a fill in because you know the actual captain has a got a certain style. So (in that situation), you think 'what do I do? Do I try to copy that style or do I just be myself', and Rahane did the right thing. He captained in his own way," said Chappell.

Rahane performed the duties in his own quiet way, a contrast to the usually animated Kohli on the field.

"I would say Rahane is aggressive in his own quiet way.

You know you don't have to be a gung ho captain to have the whole team behind you. You just need to do a good job and have the guys have faith in what you are doing.

"And if you are making the right moves, the aggressive field placing moves that Rahane was making, that sort of ting brings the right behind the captain.

"They (Kohli and Rahane) do it totally different. But I thought Rahane did a good job and had the team right behind him because of the way he captained," added Chappell.

Comments
Topics mentioned in this article
India Cricket Team Australia Cricket Team Ajinkya Rahane Virat Kohli India vs Australia 2017 Cricket
Get the latest updates on IPL 2021, IPL Points Table , IPL Schedule 2021 , live score . Like us on Facebook or follow us on Twitter for more sports updates. You can also download the NDTV Cricket app for Android or iOS.