India and Australia will play five ODIs and three T20 Internationals, starting with the first 50-over game here on September 17. 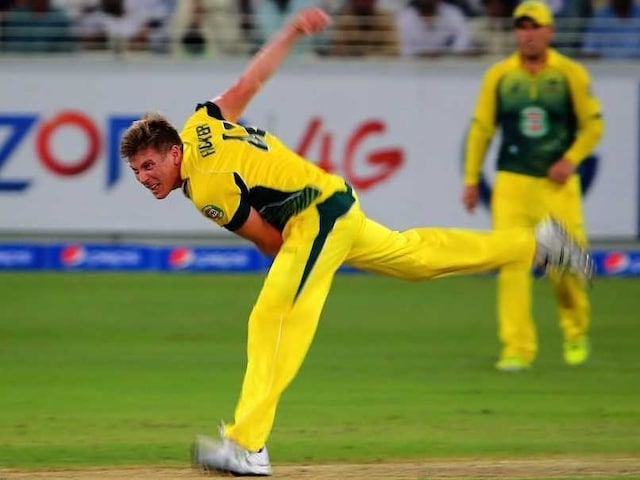 Faulkner said it would be a "test" of character for Australia to beat in-form India at home.© AFP

Australia all-rounder James Faulkner said experience of playing in the IPL and last year's ICC World Twenty20 in India will hold the visitors in good stead in the upcoming limited over series. India and Australia will play five ODIs and three T20 Internationals, starting with the first 50-over game here on September 17. And Faulkner said it would be a "test" of character for Australia to beat in-form India at home. "Most of the boys have played here in the IPL and T20 World Cup. So those experiences will help us," Faulker said after the team's training session at the M A Chidambaram stadium.

"They (India) have played a lot of one-day cricket in the recent past. They are in really good nick right now. It is going to be a test."

Faulkner will return to the side after missing out on the Champions Trophy earlier this year. And Faulkner said it was tough to be out of the side for a while but it gave him the chance to reflect and come back stronger. The big-hitting all-rounder, who bowls left-arm medium-pace, said he was happy to be back in the team and looked forward to putting up a solid performance against India.

"Obviously if you miss out any time on selection it is tough. I was four months away from the game. I had a bit of pre-season which has been nice, to get strong and fitter," Faulkner said.

Faulkner said he had put in a lot of hard work in the time he was out of the national team.

"I have been battling to be honest, probably the last 18 months. It is good to be back with my teammates and hit the gym hard. I'm happy now," he said.

"It was pretty tough. I think you ask any player when he gets left out it is not great fun. At the end of the day it up to you to be back. I am excited to back in the group. I don't really want to talk about the past. It is a good opportunity against a tough opposition in their own country," he said.

"I didn't get too much feedback (from the selectors) to be honest. The pace had dropped down a little bit maybe. I went back and reflected and wanted to get back into the team. I put that aside and worked as hard I could," he added.

Faulkner, who has played a few match-winning knocks in the past against India and was man-of-the-match in the 2015 World Cup (50 overs) final, said he was looking forward to the upcoming series.

"We are obviously looking forward to playing a warm-up game before the series starts. The conditions here in Chennai are tough, it is hot and sweating too much. The boys are eager to get out there and play some good cricket, it is going to be a good series. The last time we were here we had some good, tough cricket, so we are all excited," Faulkner said.

"All the boys love playing here, the fans are so passionate about cricket. It has always been a good rivalry between India and Australia. I am looking forward to playing in India," he added.

Asked about the so-called 'X-factor', the Australian said, "I suppose it is the variation and depth with both the bat and ball. I don't know about the X-factor regarding myself. There are players with X-factors in both the teams and that is international cricket.

"My aim is to do as well as I can and play my part in these conditions which are different from back in Australia."

"We have had two training sessions to get accustomed to the conditions. I am looking forward to the getting out there in the heat and bowling some variations and getting through the game with a solid performance," he signed off.

Comments
Topics mentioned in this article
India Cricket Team Australia Cricket Team James Faulkner India vs Australia 2017-18 Cricket
Get the latest Cricket news, check out the India cricket schedule, Cricket live score . Like us on Facebook or follow us on Twitter for more sports updates. You can also download the NDTV Cricket app for Android or iOS.