James Faulkner, who was the Man of the Match in the 2015 World Cup final, was a surprise omission from the Australian squad for the ICC Champions Trophy 2017 that was held in June in England and Wales. 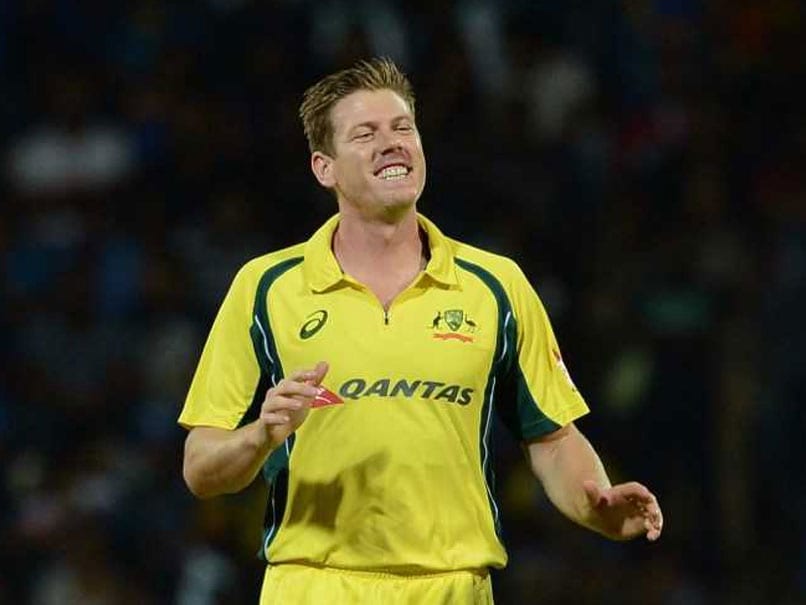 James Faulkner returns to the Australia squad after being dropped from the Champions Trophy.© AFP

James Faulkner made his return to the Australian side after being recalled on Friday for the limited overs series tour to India and chief selector Trevor Hohns has urged the all-rounder to grab the opportunity with both hands. Faulkner, who was the Man of the Match in the 2015 World Cup final, was a surprise omission fron the Australian squad for the ICC Champions Trophy 2017 that was held in June in England and Wales. However, Faulkner's immense experience in the subcontinent and his consistent performances in the Indian Premier League (IPL), helped him earn a place the ODI and T20 squads.

"We hope that he will take his chance in returning to the one-day side."

Another player returning to the Australian fold is pacer Nathan Coulter-Nile, who has recovered from a back injury. The lanky pacer, who has played 16 ODIs, was one of the standout performers for the Kolkata Knight Riders in IPL 2017 and will be hoping for a repeat performance if given a chance in India.

"Nathan brings raw pace to the side with good variation," Hohns said. "It is great to see him back from injury and we are hopeful he will have a big impact in this series."

Starc has been rested for the entire tour as he continues his recovery from a foot injury.

"We believe the panel has selected a strong squad to face the tough Indian conditions that has the right mix of pace and spin," Hohns said.

Comments
Topics mentioned in this article
India Cricket Team Australia Cricket Team James Faulkner Nathan Coulter-Nile Cricket
Get the latest updates on IPL Auction 2023 and check out  IPL 2023 and Live Cricket Score. Like us on Facebook or follow us on Twitter for more sports updates. You can also download the NDTV Cricket app for Android or iOS.