ICC World Twenty20 has witnessed some of the greatest knocks in the history of the shortest format of cricket. From Yuvraj Singh's fastest fifty to Mike Hussey's match-winning 60 against Pakistan, these superlative performances have enthralled fans all over the world. 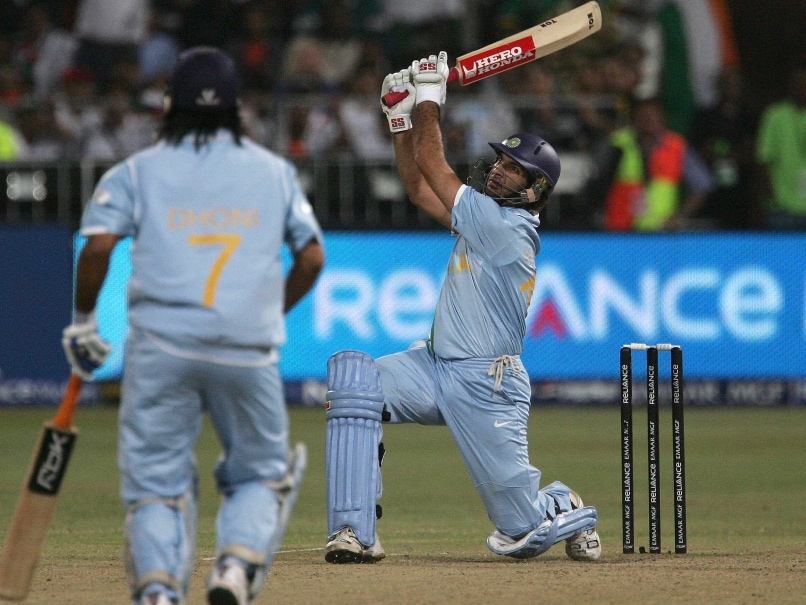 Yuvraj Singh's flamboyance as an all-rounder has been seen time and again. A big hitter of the ball, ability to bowl tight spells of spin and a superman at point made the Punjab lad virtually indispensable in the shorter formats of the game. Yuvraj headlines 10 of the best innings played in ICC World Twenty20.

India were already cruising at 171 for three at the end of the 18th over against England at Durban. Yuvraj Singh was batting on 14 off six balls. The hosts introduced the lethal Stuart Broad, whose bowling card read 3-0-24-0. But all that changed dramatically. Yuvraj hammered Broad for six sixes in that over en route to a fifty off just 12 balls. It was the fastest in all forms of cricket. His 58 off 14 balls overshadowed the two other fifties in that match. (Yuvraj's Six Sixes in an Over, Lee's Hattrick Among Top 10 Moments)

Chris Gayle got the inaugural ICC World Twenty in 2007 off to a rocking start by becoming the first to smash a century. Gayle hit 117 off 57 balls against hosts South Africa. The 100 came off just 50 balls. However, despite posting a mammoth 205/6, the West Indies lost the match by 8 wickets, thanks to some great batting by Herschelle Gibbs (90* off 55 balls). (Five Men Who Have Taken ICC World Twenty20 by Storm)

Brendon McCullum holds the record for the highest score in the World T20 history -- 123 off 58 balls, laced with 11 fours and seven sixes. Put into bat, New Zealand rode McCullum's fiery knock to post a challenging 191 for three. In reply, Bangladesh were restricted to 132 for eight, thanks to some great bowling by Tim Southee and Kyle Mills, who pocketed three wickets each. (Will IPL Exposure Hurt India in ICC World Twenty20?)

Michael Hussey's unbeaten 60 of only 24 balls knocked out defending champions Pakistan in the semi-final of the 2010 tournament. Put into bat, Pakistan hit a massive 191 for six, thanks to fifties from the Akmal brothers -- Kamran and Umar. With their eyes set on defending the score successfully, Pakistani bowlers kept Aussie batsmen in check by picking regular wickets and reducing the Michael Clarke-led side to 144/7 in 17.1 overs.

Only a few would have bet in favour of an Aussie win. Needing 18 off just 6 balls in not an easy task, especially when Mitchell Johnson is on strike and in-form Saeed Ajmal to bowl the final over. Johnson did the right thing by managing a single off the first ball. Now the equation was 5 balls and 17 runs. Pressure was more on Hussey than Ajmal but there's a reason why he's nicknamed Mr Cricket.

First ball...Hussey pulls it for a massive six, second ball...Huss comes down on his knees and clears the man at long on for another six, third ball...Hussey cuts it past backward point fielder for four and the scores are level and next ball Hussey finishes the game with another maximum and stuns not only Pakistan but the entire world.

Suresh Raina, regarded as one of the best T20 batsmen, lived up to his billing when he became the first centurion for India in the 2010 edition of the tournament. Raina, batting under pressure after India were reduced to 32/2 in 5.3 overs, kept his calm but aggressive instinct alive to slam 101 off just 60 balls to give a defendable total against the likes of Morkel brothers, Dale Steyn, et al. In response, South Africa got off to an ideal start but Indian bowlers held their nerves to win the match by 14 runs.

Tillakaratne Dilshan struck a timely 96 not out to knock West Indies out in the semi-final of the second edition in 2009. Asked to bat first, Sri Lanka rode Dilshan's 57-ball knock to post a fighting 158 for five. In reply, Gayle was up for the challenge but lacked support from the other end. He remained unbeaten on 63 off 50 balls as West Indies folded for 101 in 17.4 overs. Lanka won the match by 57 runs.

Ahmed Shehzad became the only Pakistani to score a hundred in T20Is in 2014. Playing against giant-killers Bangladesh, Shehzad's 111 not out off 62 balls guided the 2009 champions to a massive 50-run victory. His knock was studded with 10 fours and five sixes. The highlight of this innings was Shehzad's determination in spite of losing partners at regular intervals.

Batting first, South Africa posted 172 for 4 in the semi-final thanks to a brilliant 58 by Faf du Plessis and JP Duminy's 45 not out. Up for task ahead, Virat Kohli ensured India cross the line with ease. The stylish batsman hit an unbeaten 72 off 44 balls, laced with five fours and a couple of sixes, to help India win the match by six wickets.

Sri Lanka great Mahela Jayawardene is the only Sri Lankan to score a hundred in T20Is. He achieved the feat in 2010 in the third edition of the World T20 in the West Indies. Jayawardene scored 100 off 64 balls, studded with 10 fours and four sixes, to guide Sri Lanka to a 14-run D/L win over Zimbabwe. Rain played a spoilsport in that match after batting first, Lanka posted 173 for seven. Zimbabwe were set a revised target of 44 in five overs. They could manage only 29 for one.

Alex Hales hit an unbeaten 116 to help England beat Sri Lanka by six wickets at Chittagong in 2014. Chasing 190 for a win, England got off to a poor start as they were reduced to 0/2 in the first over. But opener Hales kept his calm and smashed a strokeful century off 60 balls, studded with 11 fours and six maximums, to guide England to victory. Hales was well supported by Eoin Morgan (57), with whom he put on 152-run stand for the third wicket.

Comments
Topics mentioned in this article
World T20, 2016 Cricket
Get the latest updates on IPL 2020, check out the IPL Schedule for 2020 and Indian Premier League (IPL) Cricket live score . Like us on Facebook or follow us on Twitter for more sports updates. You can also download the NDTV Cricket app for Android or iOS.