Bangladesh pace bowler Taskin Ahmed and left-arm spinner Arafat Sunny had been reported during the preliminary league stage of the ongoing World T20 and their actions were assessed at the ICC-accredited testing centre in Chennai. 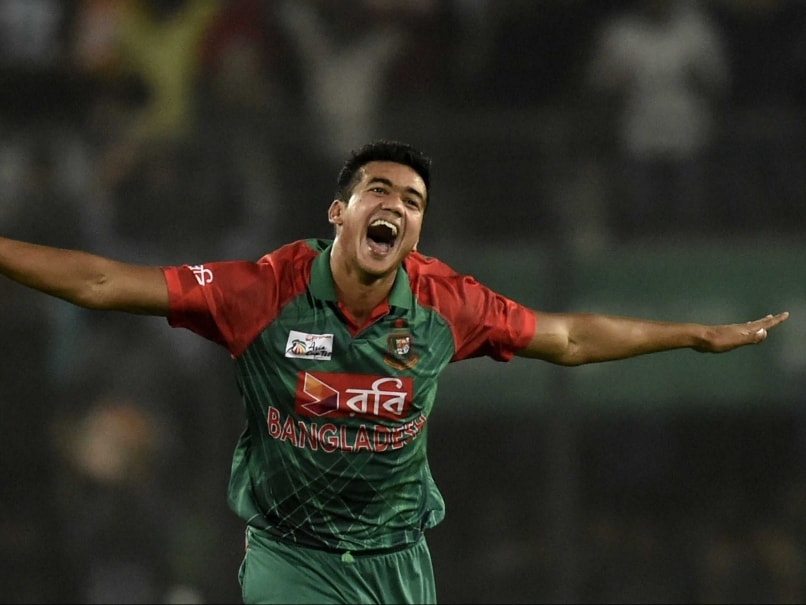 Taskin Ahmed has been one of the most impressive bowlers for Bangladesh in recent times. He took 3 wickets in total in the Asia Cup T20 with economy rate of just 5.75.© AFP
Kolkata:

Bangladesh's chances of making it to the semifinals of the World T20 to took a massive hit with bowlers Taskin Ahmed and Arafat Sunny suspended by the International Cricket Council (ICC) from bowling in international cricket with immediate effect because of illegal actions. (Taskin Ahmed, Arafat Sunny Reported For Suspect Actions)

Left-arm spinner Sunny and pace bowler Taskin had been reported during the preliminary league stage of the ongoing World Twenty20 and their actions were assessed at the ICC-accredited testing center in Chennai. (Afridi Strikes Back With a Vengeance Against Bangladesh)

The ICC said Bangladesh have been permitted to replace the two bowlers for the World T20.

Both of them played in Bangladesh's opening game of the Super 10s stage, which Pakistan won by 55 runs.

India, Australia and New Zealand are the other sides in the group.

Sunny and Taskin can participate in domestic cricket with the consent of the Bangladesh Cricket Board.

Comments
Topics mentioned in this article
Bangladesh Cricket Team Taskin Ahmed Arafat Sunny World T20, 2016 Cricket
Get the latest updates on IPL Auction 2023 and check out  IPL 2023 and Live Cricket Score. Like us on Facebook or follow us on Twitter for more sports updates. You can also download the NDTV Cricket app for Android or iOS.