AB de Villiers and Virat Kohli strike a 157-run partnership to take the Royal Challengers Bangalore to 227/4 against the Sunrisers Hyderabad. 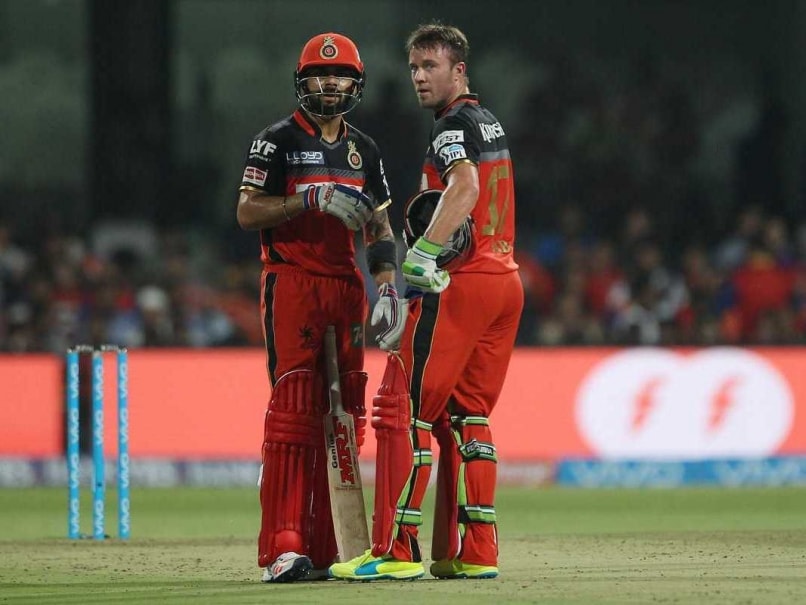 Kohli (75 off 51) carried on from where he left off in the World T20 as de Villiers (82 off 42) did his demolition act from the other end. Both of them batting together was a sheer treat for a noisy crowd gathered at the Chinnaswamy Stadium.

While Kohli, who opened with Gayle, enthralled the fans with proper cricketing stokes, the South African gave a masterclass in clean hitting.

There was little what Sunrisers skipper David Warner could do to contain the two champion batsmen after he put the home team in to bat on a belter of a pitch.

The extent of hitting was such that even a usually economical Ashish Nehra felt the heat on a ground that has seen most sixes in the IPL. The pacer limped off the field after bowling just 2.1 overs in which he conceded 21 runs, leaving his troubled team short of options.

Kohli's classy innings comprised seven fours and three sixes. De Villiers cleared the fence more often than the Indian but together they made it seem like a highlights package was on as it rained sixes and fours through out the innings.

De Villiers slammed six huge sixes in his breathtaking knock to add to his seven fours. Shane Watson walked in after Kohli departed and here he was, clobbering leggie Karn Sharma for three consecutive sixes before being caught behind.

Then it was the turn of young Sarfaraz Khan to have some fun in the middle. He hammered Bhuvneshwar Kumar for four boundaries and a six in the 19th over to pile on the opposition misery. Khan combined innovation with brute force to end with 35 off 10 balls.

Sharma had a forgettable outing in his first match of the season as he went for 57 runs in four overs.

Bangladesh pacer Mustafizur Rahman was the lone positive with the ball for Sunrisers as he ended with figures of two for 26 in four overs on his IPL debut.