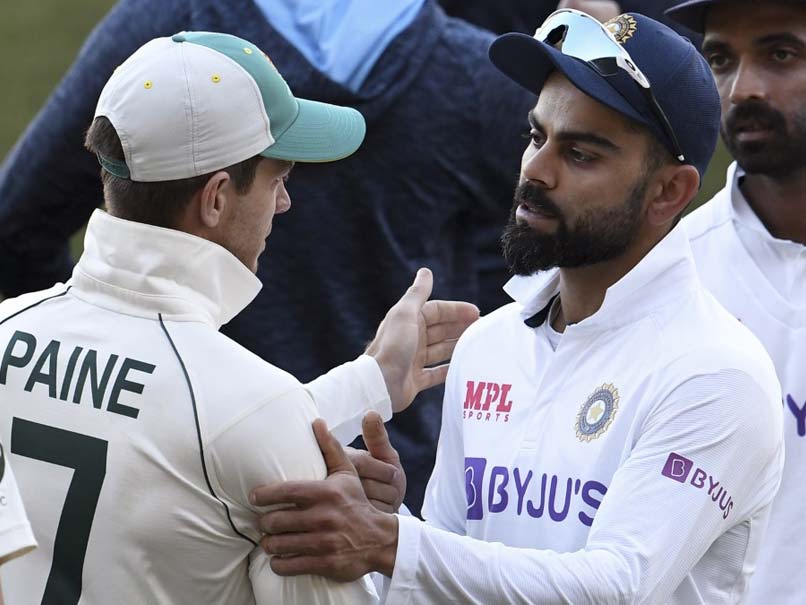 While many cricket pundits feel the contest is evenly balanced, Australia Test skipper Tim Paine reckons India will "pretty comfortably" win the inaugural World Test Championship (WTC) final. India and New Zealand will play in the WTC final, slated to begin on June 18 at the Ageas Bowl in Southampton. "My prediction is, India will win pretty comfortably if they play anywhere near their best," stuff.co.nz quoted Paine as saying. In January, India had defeated Paine-led Australia by three wickets against all odds in the final Test at The Gabba to take the series 2-1.

Meanwhile, England lost the two-match Test series against New Zealand 0-1 after facing a defeat at the hands of the Kiwis in the second Test by eight wickets at Edgbaston on Sunday.

Paine praised the Kiwis but didn't shy away from admitting that it was not the English side that usually takes the field.

"I think New Zealand are a good team, for one, and secondly if we're being realistic I think it's a really different team (England) that we saw out on the field to what we're probably going to see in the Ashes... keeping it in perspective it certainly wasn't England's strongest team," he said.

Meanwhile, New Zealand on Tuesday confirmed their 15-man squad for the inaugural WTC final. Ajaz Patel has been included as the specialist spinner in the New Zealand squad.

Colin de Grandhomme, the all-rounder, Will Young, the specialist batting cover, and Tom Blundell, the backup wicket-keeper, have also been named in the squad.

New Zealand Cricket Team Tim Paine World Test Championship 2021 Cricket
Get the latest updates on SA vs IND 2021-22, check out the Schedule and Live Score . Like us on Facebook or follow us on Twitter for more sports updates. You can also download the NDTV Cricket app for Android or iOS.