Watch: New Zealand Players Hit The Nets Ahead Of WTC Final Against India

World Test Championship Final: New Zealand players geared up for the WTC final against India by hitting the nets in Southampton. 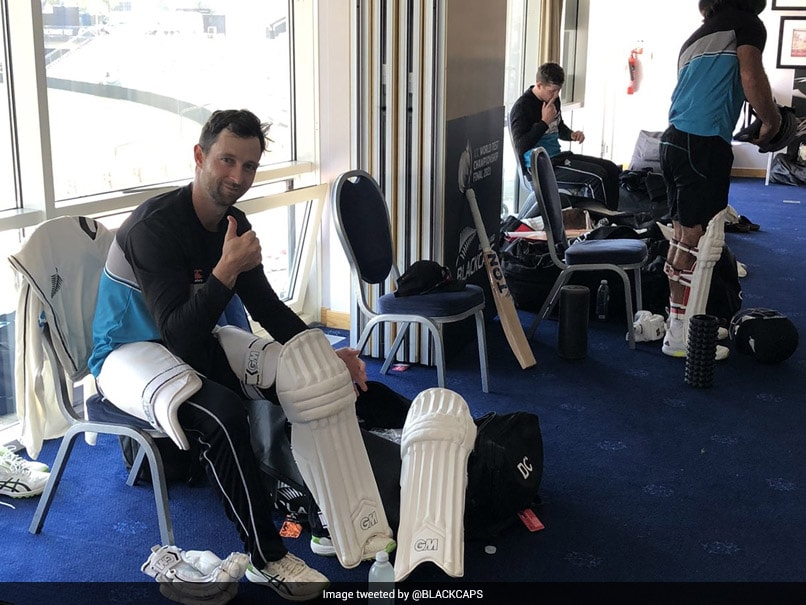 New Zealand players hit the nets to gear up for the World Test Championship final against India, which gets underway on Friday at the Ageas Bowl in Southampton. The squad reached Southampton after finishing their two-match Test series against England and have now began preparations at the Ageas Arena. New Zealand Cricket's official Twitter handle on Wednesday shared a video where veteran batsman Ross Taylor and all-rounder Colin de Grandhomme can be seen walking out to the field in Southampton.

"Let's go to the nets," they captioned the video.

They also shared pictures from their first training session in Southampton.

While New Zealand got ample opportunity to prepare thanks to the Test series against the hosts, India got their match-fitness ready by playing an intra-squad game.

New Zealand received a major confidence boost as they won the series against England, especially after victory in the second Test, where they rested several key players, including captain Kane Williamson, who has been struggling with an elbow niggle for a while now.

Williamson, however, is back in the squad for the marquee clash against India.

Spinner Mitchell Santner is New Zealand's only big miss for the WTC final, while all-rounder Darryl Mitchell also misses out.

One player India will be watching out for is Devon Conway, who scored a double-century on debut at Lord's and followed it up with an impressive half-century in the second Test in Birmingham.

Williamson, who sat out of the Edgbaston Test due to an elbow injury, and Watling who sat out with back pain, have "benefitted from their week of rest and rehabilitation" and are expected to be fit for the final, New Zealand coach Gary Stead said when the squad was announced.

Colin de Grandhomme Cricket
Get the latest updates on India vs South Africa and check out  Schedule, Results and Live Score. Like us on Facebook or follow us on Twitter for more sports updates. You can also download the NDTV Cricket app for Android or iOS.