WTC Final: The Ageas Bowl is set to host the World Test Championship final between India and New Zealand, and Anushka Sharma got some memorable clicks at the venue. 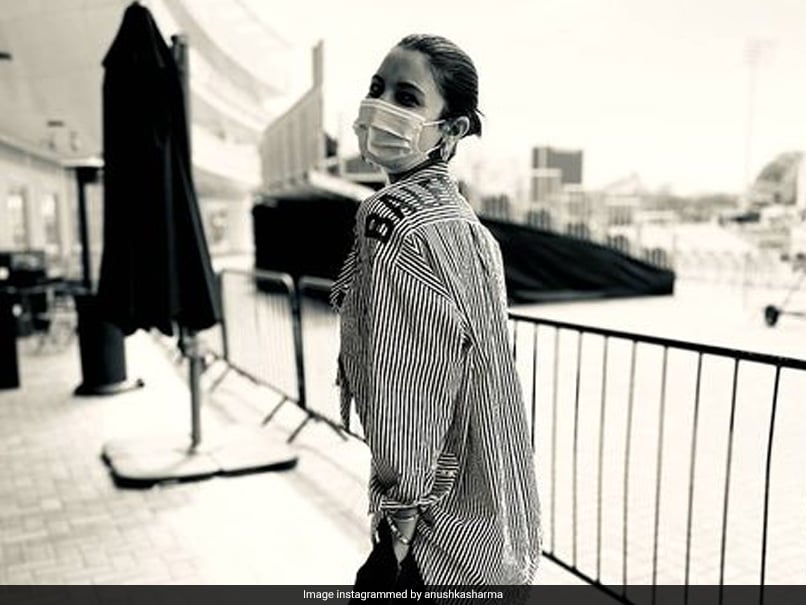 Anushka Sharma shared a series of black-and-white pictures from the Ageas Bowl.© Instagram

While India captain Virat Kohli gears up for the World Test Championship final against New Zealand, set to begin on Friday, his wife Anushka Sharma has been having some fun going around and clicking "random photos" at the Ageas Bowl in Southampton. The Bollywood star took to Instagram to share a series of black-and-white pictures from the venue of the first-ever WTC final. "A 'take random photos and think of a quirky caption kind of post'," she captioned her pictures.

Earlier in the day, Kohli shared team pictures at the ground, featuring the 15-member squad for the final as well as head coach Ravi Shastri and the rest of the staff.

The final will begin on Friday and is scheduled to go on until Tuesday, with Wednesday kept as a reserve day.

India and New Zealand qualified for the final as they finished as the top two teams in the WTC 2019-21 cycle table.

India have been training in the bio-bubble in Southampton itself, and conducted an intra-squad match to warm up for the big match.

New Zealand, on the other hand, got to acclimatise a little more to the conditions in the UK as they took on England in a two-match Test series.