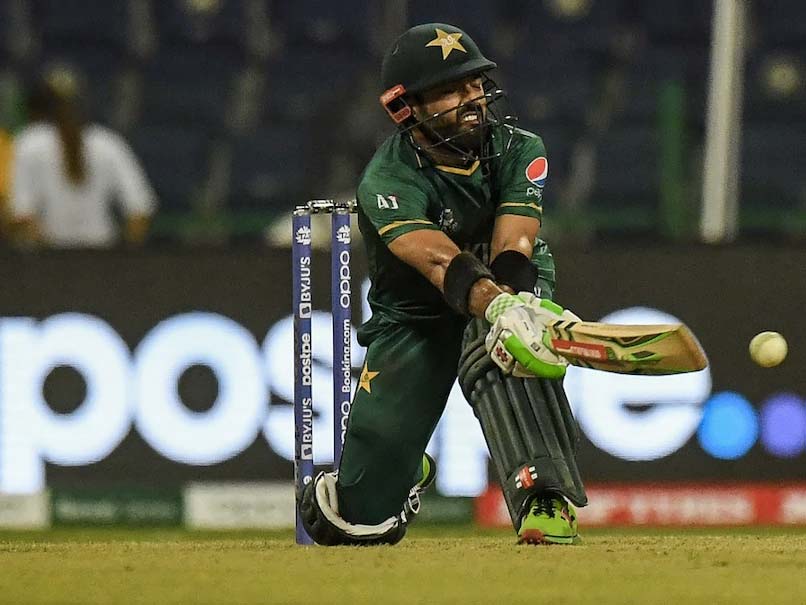 Pakistan wicketkeeper-batter Mohammad Rizwan reached a major landmark after his 15-run innings against Scotland in the ongoing T20 World Cup Super 12 fixture in Sharjah on Sunday. While scoring his fifth run, Rizwan broke West Indies batter Chris Gayle's record of most runs in a calendar year in T20I cricket which the latter had set in 2015. Six year ago, Gayle scored a mammoth 1665 runs in the T20I format, scoring at a phenomenal average of 59.46. His tally included three hundreds and 10 fifties in 36 games, with 151 not out being the highest. Rizwan, on the other hand, surpassed Gayle and stands at 1676 T20I runs this year after his innings against Scotland. The Pakistan opener has one hundred and 15 half-centuries to his name this year, with 104 not out being the highest.

Rizwan has been in tremendous form in the ongoing T20 World Cup. He showcased his class when he played an epic unbeaten knock of 79 runs versus India in their Super 12 opener. Pakistan went on to win the game handsomely by 10 wickets.

Pakistan then beat New Zealand and followed it up with wins against Afghanistan and Namibia.

Rizwan has made vital contributions not only with the bat but also as a keeper and in the leadership role in the current Pakistan squad.

Rizwan's opening partner, skipper Babar Azam, isn't far away with 1627 runs scored this year and looks good to add more as Pakistan have qualified for the semis of the T20 World Cup.

Chris Gayle ICC T20 World Cup 2021 Cricket Pakistan vs Scotland, Super 12 - Match 41
Get the latest updates on Fifa Worldcup 2022 and check out  Fifa World Cup Schedule, Stats and Live Cricket Score. Like us on Facebook or follow us on Twitter for more sports updates. You can also download the NDTV Cricket app for Android or iOS.