MS Dhoni took a sabbatical from cricket after India's 50-over World Cup campaign ended with the semi-final loss against New Zealand in July 2019. 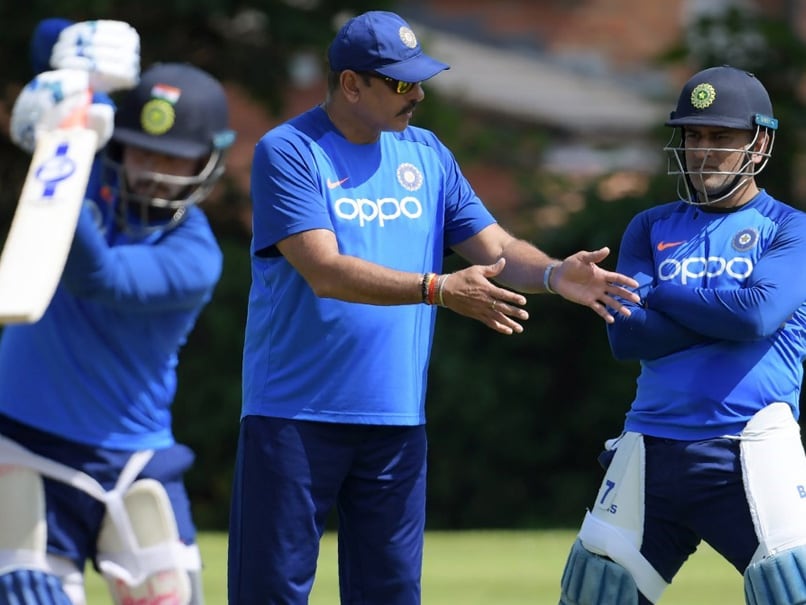 MS Dhoni last played a T20I for India in February 2019, against Australia in Bengaluru.© AFP

MS Dhoni, whose cricketing future has been a matter of speculation for quite some time now, "may end his ODI career soon," India head coach Ravi Shastri has said. Nevertheless, the former India captain will still be in contention for the upcoming T20 World Cup in October. "I have had a conversation with MS and that is between us. He has finished his Test career, he may soon end his ODI career... In all probability, he will finish one-day cricket," Shastri told CNN News18.

"People must respect that he's played non-stop in all formats of the game for a while," Shastri added.

However, Shastri added that MS Dhoni will have to perform well in the Indian Premier League (IPL) to get back into the grove and make himself available for selection for the tournament to be played in Australia.

"At his age, probably the only format he'll want to play is T20 cricket which means he'll have to start playing again, get back into the groove because he's going to play in the IPL and see how his body reacts," Shastri said.

"... So he will be left with T20, he will definitely play the IPL. One thing I know about Dhoni is that he will not impose himself on the team. But if he has a cracking IPL, well, then...," Shastri added.

MS Dhoni took a sabbatical from cricket after India's 50-over World Cup campaign ended with the semi-final loss against New Zealand in July 2019.

MS Dhoni Ravi Shastri Cricket ICC T20 World Cup 2021
Get the latest updates on IPL 2021, check out the IPL 2021 Schedule and Indian Premier League Live Score . Like us on Facebook or follow us on Twitter for more sports updates. You can also download the NDTV Cricket app for Android or iOS.