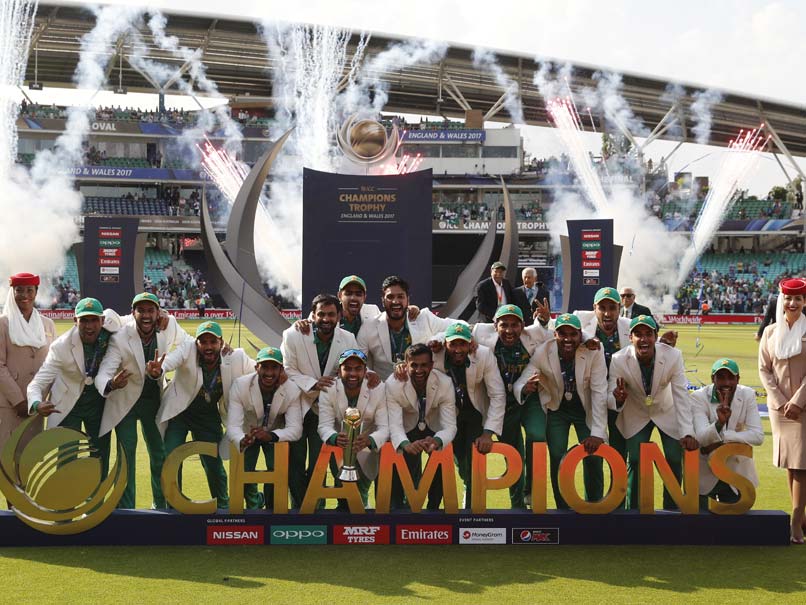 The International Cricket Council (ICC) is mulling with the idea of scrapping the Champions Trophy and replacing the tournament with two T20 World Cups in a four-year cycle. Pakistan outclassed India by 180 runs to win this the 2017 edition of the Champions Trophy on Sunday. The event received huge response from global audiences as millions tuned in to catch the action on television and over cyber media.

India are due to stage the next Champions Trophy in 2021, but Richardson said there was no guarantee that there would be another edition that year.

The issue will be discussed during this week's ICC annual conference at The Oval.

"What we want to do is differentiate our global events from each other so that they can be stand-alone and create maximum interest every time the event happens," Richardson said.

"At this stage, the next Champions Trophy is still scheduled for India in 2021. Whether that gets changed, the consideration has been given to changing to two T20s in a four-year cycle, which would mean swapping the Champions Trophy for a World T20.

"The fact is that World T20s do attract a lot of interest, they generate significant revenue for the television companies, but most importantly from our point of view they provide us with an opportunity to give more opportunities to more teams," he added.

The ICC CEO also said World T20s could involve up to 20 teams in future.

"A 16-team World T20 -- even a 20-team World T20 - down the line is something that we would like to look at. With a 10-team World Cup we're hoping to increase the competitiveness of matches and the standard of the tournament as a whole.

"It might not be necessary to continue with two 50-over tournaments going forward," he added.

Comments
Topics mentioned in this article
India Cricket Team Pakistan Cricket Team Virat Kohli MS Dhoni ICC Champions Trophy 2017 Cricket
Get the latest updates on T20 World Cup, check out the T20 World Cup Schedule and Live Score . Like us on Facebook or follow us on Twitter for more sports updates. You can also download the NDTV Cricket app for Android or iOS.