ICC Champions Trophy: India's Journey To Triumph in 2013, A Look back

India were runaway champions in the 2013 edition with Mahendra Singh Dhoni at the helm. 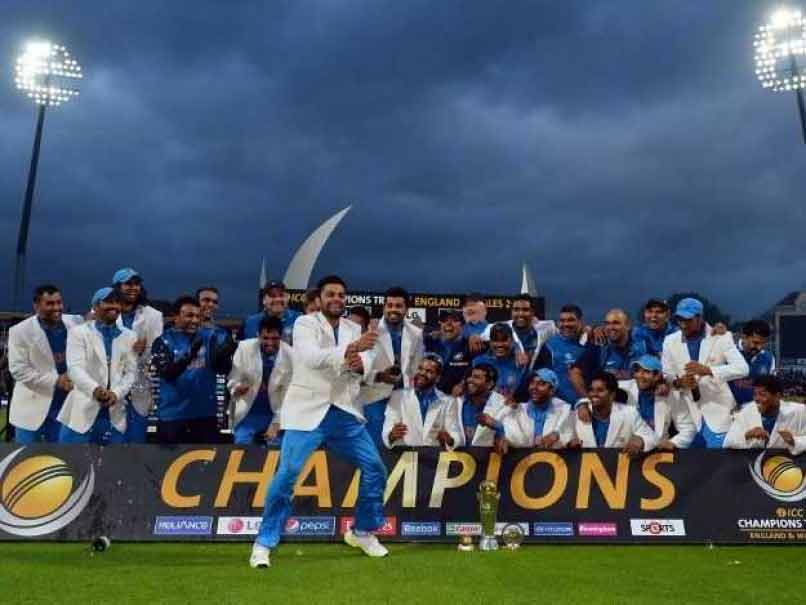 The ICC Champions Trophy 2013 was held also in England and Wales and India went into the tournament as clear cut favourites, having won the World Cup just two years prior to the tournament. The team was led by Mahendra Singh Dhoni and it was an important occasion for the Indians after the spot-fixing scandal that hit the sixth edition of the Indian Premier League. Surprisingly, the pitches in the tournament were slow in nature, offering a bit of turn that went in favour of the Indians. The Men In Blue were paired with South Africa, West Indies and Pakistan in Group B with two teams going through to the knock-out stages.

Dhoni's men started off the tournament against South Africa in Cardiff. The South African captain AB de Villiers won the toss and opted to field first but that backfired at the end as the Indians got off to a flier. Shikhar Dhawan started the onslaught and reached his century in no time while Rohit Sharma gave him good company. The openers had put on a 127-run stand as Sharma fell for 65. Dhawan carried on the good work but was dismissed for 114 as India went on to post a mammoth total of 331 for the Proteas to chase.

South Africa lost wickets at regular intervals but De Villiers kept them in the hunt with a run-a-ball 70. At the end the target was too big for the South Africans as Bhuvneshwar Kumar, Umesh Yadav, Ishant Sharma and Ravindra Jadeja picked up wickets to bundle the Proteas out for 305.

The Indian captain didn't hesitate to put the opposition in on a pitch that was dry and on the slower side. Bhuvneshwar Kumar struck early by removing the dangerous Chris Gayle and the West Indies never really recovered from the early loss. Jadeja spun his web around the Caribbean batting line-up by returning with figures of 5 for 36 as India restricted them to a score of 233 for 9 in their allotted 50 overs.

Chasing a modest target, the Indian openers again got their team off to a great start as Dhawan and Rohit Sharma added 101 runs. The rest was a formality as India reached their target in 39.1 overs with Dhawan remaining unbeaten on 102.

The Indians were up and ready for the big match and had Pakistan on the mat right from winning the toss to restricting their opposition to 165 as Pakistan never really gathered any momentum in the match. The former world champions were bundled out for a paltry score and later as rain played spoilsport several times India were given a revised target of 102 to win in 22 overs.

Dhawan scored 48 as India reached their target in 19.1 overs, winning the match by 8 wickets (D/L method).

India were right on the money in the group stages, having won all their matches and come the semi-finals they were determined to get the job done.

Dhoni again won the toss and like in all the other matches he decided to chase. Sri Lanka didn't quite get off to the start they wanted, losing Kusal Perera in the third over and from there on there was only one team dominating the proceedings. Sri Lanka never really looked like going anywhere and at the end could only manage 181/8 at the end of their 50 overs.

India made short work of the chase as Dhawan and Rohit Sharma ensured there were no early hiccups in the run-chase and India reached the target in 35 overs with eight wickets in hand.

In a match that was reduced to 20-overs-a-side due to rain, this was the first time in the tournament that India were put under pressure as the visitors struck at regular intervals. India crawled their way to 129/7 after 20 overs on a track that was slow and low, assisting the spinners.

England knew their target and considering it was not that big, the hosts were favourites to win the tournament. India struck early by removing Alastair Cook and Jonathan Trott and with Joe Root and Ian Bell back in the hut with the score little less than 50, India fancied their chances of winning the final.

But Eoin Morgan and Ravi Bopara had other ideas as the duo stitched together a 64-run stand to give England more than a chance to lift the trophy. It was then that Ishant Sharma came to the party and removed both Morgan and Bopara off successive balls to get India right back in the match.

The last four wickets could only add 14 runs for England as India managed to pull off a humdinger to be crowned as champions.

Comments
Topics mentioned in this article
India Cricket Team England Cricket Team Pakistan Cricket Team MS Dhoni Shikhar Dhawan Rohit Sharma Virat Kohli ICC Champions Trophy 2017 Cricket
Get the latest updates on India vs Australia Series, check out the India vs Australia Schedule for 2020-21 and Ind vs Aus live score . Like us on Facebook or follow us on Twitter for more sports updates. You can also download the NDTV Cricket app for Android or iOS.