ICC Champions Trophy 2017: Top Batsmen To Watch Out For

Limited-overs cricket is a batsman's game, and these names are likely to make waves in the ICC Champions Trophy 2017. 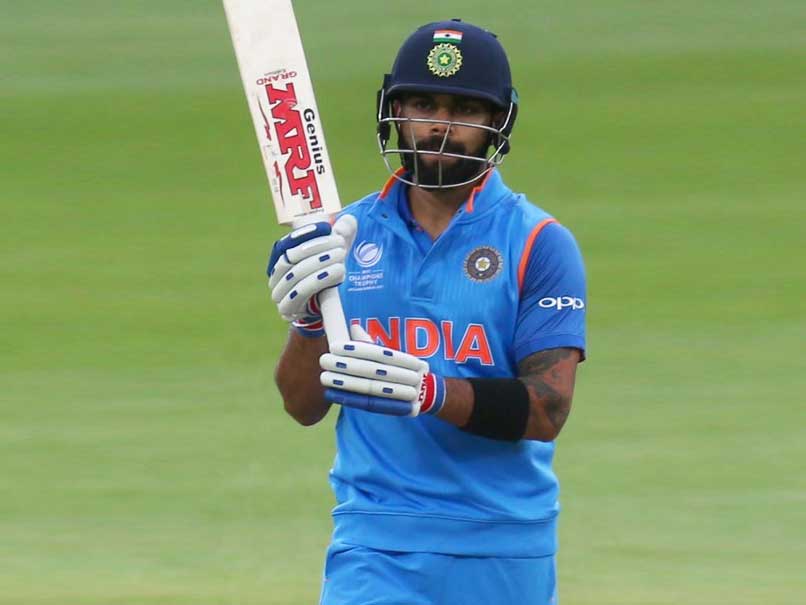 Virat Kohli will be key if India are to successfully defend their ICC Champions Trophy crown.© AFP

After the slam-bang format of the Indian Premier League (IPL), the cricket caravan moves from India to England and Wales for the ICC Champions Trophy. Many players grabbed their opportunities to score in the shortest format of the game while some of the biggest stars in the game failed. Now, the format changes as well as the teams. The tournament, which is also the second biggest ICC event after the World Cup, demands change of approach and shifting of gears. The bowlers and batters will have time to make comeback into the game, unlike in Twenty20s, which is a big advantage of the 50-over format.

Though there are many players who will be dying to make a mark, these players, according to us, will carry the load of expectations for their respective teams.

Virat Kohli: The Indian captain will be as ferocious as a tiger. Beware of him! He will be itching to score some runs after a disappointing performance in the just concluded IPL. He is not used to bad patches and the opposition must be aware of this. If not, they better be.

Virat, who has 27 centuries in 179 One-Day International matches with an average of 53.11, likes the 50-over format and on his day he can send the bowlers on a leather hunt.

AB de Villiers: A total of 216 runs in nine matches of the IPL 10 don't justify his reputation with the bat. When his bat fires, the South African captain can make bowlers cry. He has been struggling with form and fitness off late but the dazzling batsman is capable of changing the course of the game single-handedly.

After failing to go past semi-final in the 50-over World Cup, the 33-year-old will do anything to make his team win the mini version.

David Warner: The pocket dynamite that David Warner is, was displayed in no uncertain terms as he grabbed the Orange Cap in the IPL. The left-hander is major threat to opposition bowling attacks and would continue to be so.

Warner at the top of the innings can make a massive difference for Australia, who would be as always big contenders.

Steve Smith: The Australian must be on cloud-nine after a stellar performance in the IPL season 10. The confidence must be high and the Aussie captain would be willing to repeat take his team forward.

Smith is considered to be one of the top notch players in the current era matching up to the likes of Virat Kohli and Joe Root. His form would definitely be a decisive factor for the Australian team's progress in the tournament.

Hashim Amla: When one seeks calmness and dignity on the cricket field, Hashim Amla always is in the forefront. The quiet South African is someone who operates with a scalpel in a game that now encourages hammers.

Amla will be key to the Protea attempts at the title. He brings steadiness to the batting order and overall calmness, both priceless weapons in the high-pressure limited-overs format.

MS Dhoni: You just can't keep this player away from the reckoning of the top player's prediction list. With top eight teams taking part in the tournament, the matches are bound to go to the wire and Dhoni, who is considered the best finisher in the world, will always be in the limelight.

Dhoni has said more than once that he likes the 50-over format and all eyes will be on him to take India far till the end.

Joe Root: The newly-appointed England Test captain will have the advantage of playing at home. Not playing IPL can be a blessing in disguise for Root as he is fresh from playing the 50-over cricket against Ireland and South Africa.

England have a good bunch of young players and if his bat fires, can make them strong contenders to win the tournament.

Comments
Topics mentioned in this article
India Cricket Team Virat Kohli AB de Villiers David Warner Steven Smith Hashim Amla MS Dhoni Joe Root ICC Champions Trophy 2017 Cricket
Get the latest updates on India vs Australia Series, check out the India vs Australia Schedule for 2020-21 and Ind vs Aus live score . Like us on Facebook or follow us on Twitter for more sports updates. You can also download the NDTV Cricket app for Android or iOS.