One of the most consistent and experienced umpires, Aleem has officiated in 111 Tests, 183 ODIs and 41 T20Is. 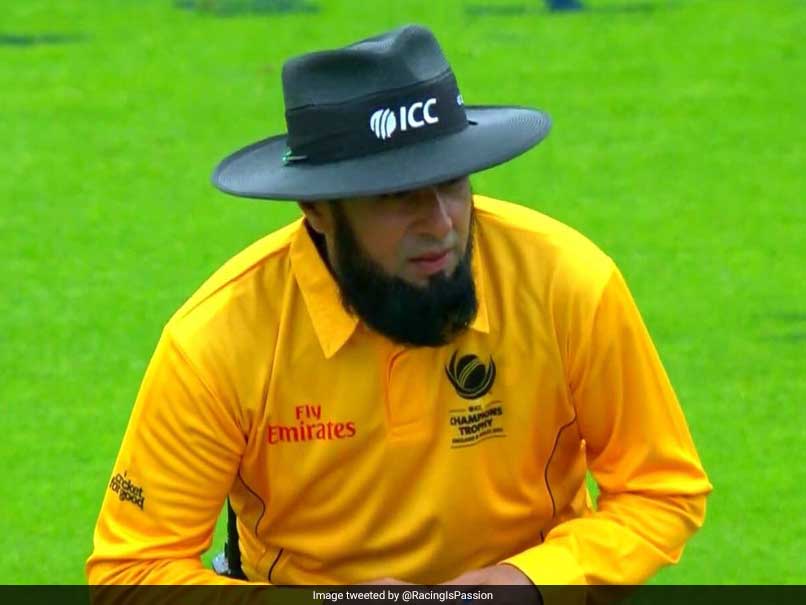 When Aleem Dar took to the field at the Kennington Oval to officiate the first warm-up Champions Trophy match between India and New Zealand, the experienced umpire surprised cricket fans with his brand new 'beard' look. Aleem is usually always clean shaven but his new look surprised all on Sunday.

Aleem, while speaking to PTV Sports, said that it was South African opening batsman Hashim Alma who asked him to grow his beard as per the Islamic way. Aleem told the media that he was thinking about growing a beard and then Amla asked him to sport the beard. Aleem thought about it and followed the batting star's advice.

Amla, who himself sports a long beard, is known for his calm and composed demeanour off and on the field.

Playing for Kings XI Punjab, Amla played 10 matches in the recently-concluded 10the edition of the Indian Premier League. The right-hander scored 420 runs at an average of 60.00.

Amla was the only batsman to score two centuries in the cash-rich league. He smashed 104 off 60 balls against Gujarat Lions, before scoring an unbeaten 60-ball 104 not out against Mumbai Indians.

Comments
Topics mentioned in this article
Pakistan Cricket Team India Cricket Team New Zealand Cricket Team Cricket ICC Champions Trophy 2017
Get the latest updates on T20 World Cup, check out the T20 World Cup Schedule and Live Score . Like us on Facebook or follow us on Twitter for more sports updates. You can also download the NDTV Cricket app for Android or iOS.