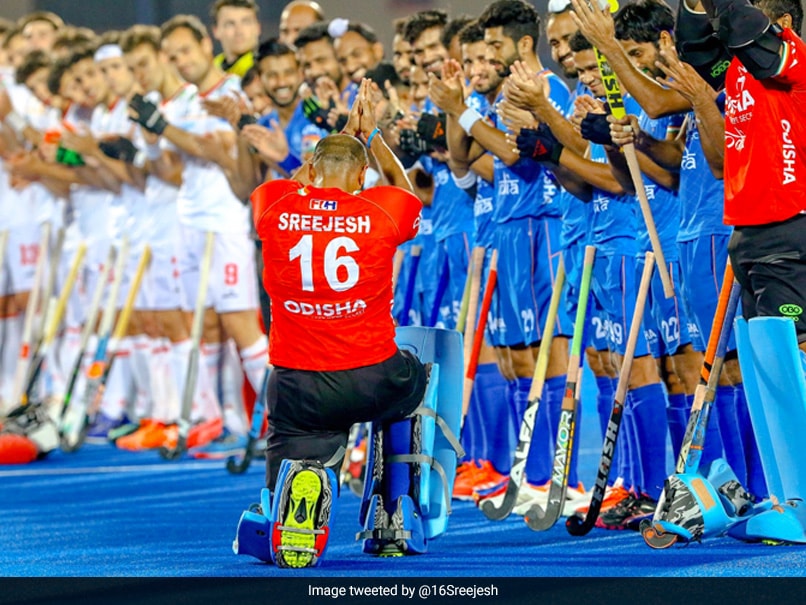 Indian men's hockey team goalkeeper PR Sreejesh took to social media on Monday to celebrate completing 250 international caps. The veteran player reached his huge milestone during India's second match vs Spain at the FIH Hockey Pro League on Sunday, at the Kalinga Hockey Stadium in Odisha. Taking to Twitter, he wrote, "250 days of my life I played hockey for my country.... and I trained 7780 days to achieved this Thank you very much for your all support and trust #thankyou #my #team".

250 days of my life I played hockey for my country.... and I trained 7780 days to achieved this
Thank you very much for your all support and trust #thankyou #my #team # pic.twitter.com/GglGf50Or1

The 33-year-old goalkeeper began playing for India in 2006 at the South Asian Games in Sri Lanka but had to wait till 2011 to cement a regular spot in the playing XI. In that year, he garnered national attention for two match-winning saves in the final of the Asian Champions Trophy vs Pakistan.

In a highly successful career, Sreejesh has won many accolades which include the Best Goalkeeper of the Tournament award at the 2013 Asia Cup and 2014 Champions Trophy.

As captain, he led India to a silver medal at the FIH Men's Hockey Champions Trophy in 2016, and also to another silver medal in the same tournament in 2018.

He also captained India to a bronze medal in the 2018 Asian Games and also played a pivotal role in the bronze medal performance at the Tokyo Olympics.

Due to his achievements, he has also been conferred with the Arjuna Award in 2015 and Padma Shri in 2017. He also won the Major Dhyan Chand Khel Ratna Award in 2021.

Comments
Topics mentioned in this article
PR Sreejesh India Hockey
Get the latest updates on ICC T20 Worldcup 2022 and CWG 2022 check out the Schedule, Live Score and Medals Tally. Like us on Facebook or follow us on Twitter for more sports updates. You can also download the NDTV Cricket app for Android or iOS.