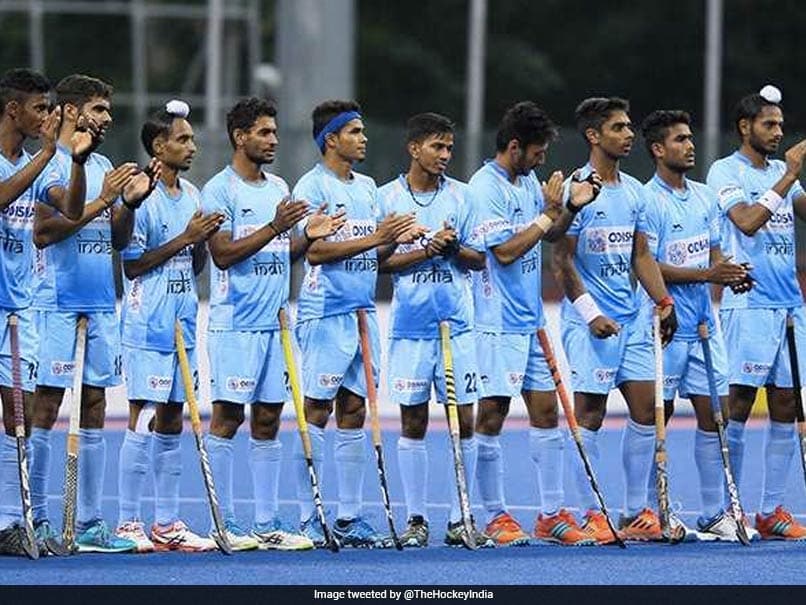 FT. The Indian Junior Men's Hockey Team control the proceedings on the turf in their second game at the 8th Sultan of Johor Cup 2018 as they defeat New Zealand by a big margin on 7th October 2018.#IndiaKaGame pic.twitter.com/Z5iguggukE

Shilanand Lakra, who had made his Senior debut earlier this year at the Sultan Azlan Shah Cup in Malaysia, was in good nick as he capitalized on a good assist to put the ball past the New Zealand goalkeeper winning India a strong 2-0 lead at the end of the first quarter.

India goalkeeper Pankaj Rajak too, was in good stead to avert New Zealand from converting by making good saves.

Building on their attack from a fine start, the Indian forwards kept up the pressure as they scored back-to-back goals in the 21st and 23rd minute through Harmanjit's field goal and Mohd Faraz's fabulously struck penalty corner.

While the third quarter saw both teams drop the pace a tad bit, with India managing a single goal in the 43rd minute through Lakra.

It was Abhishek's 50th minute goal that put India ahead by 6-0, even as New Zealand's Sam Hiha scored a goal three minute later, it was just a consolation as Indian skipper Mandeep Mor ensured his team wrapped up the three winning points as he converted a smart variation in penalty corner to finish with a splendid 7-1 scoreline.

India will next take on Japan in their third match on October 9.