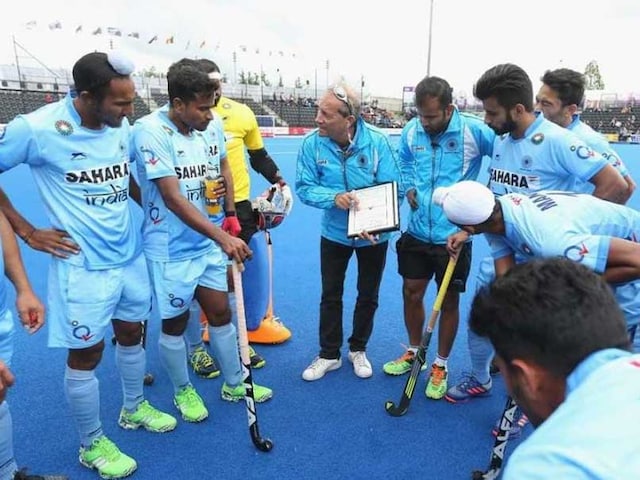 Indian hockey team coach Roelant Oltmans said his side enjoyed a stroke of luck to clinch the 2-1 victory over Malaysia that secured them the top spot in the round-robin league of the fourth Asian Champions Trophy hockey tournament here.

Indian survived some anxious moments when they were down to 10 players and their defence came under immense pressure from hosts Malaysia, who were spurred by their vociferous supporters to go for a match-winner when scores were level in the last quarter.

India rode on Rupinder Pal Singh's second penalty corner conversion with two minutes left to secure the victory that ensured them stay ahead of Malaysia in the league standings.

"I would say we were a bit lucky to get things in our favour in the end," Oltmans said after the game.

"Down to 10 players in the last quarter, we could only try to force the pace and try to keep up the pressure. Then on a counter toward the end, you get a penalty corner and get the match-winner. That's lucky."

Rounding off their five outings with four wins and a draw, India topped the round-robin league standings with 13 points and now await the results of the last couple of games tomorrow to find out who they play in the semifinals.