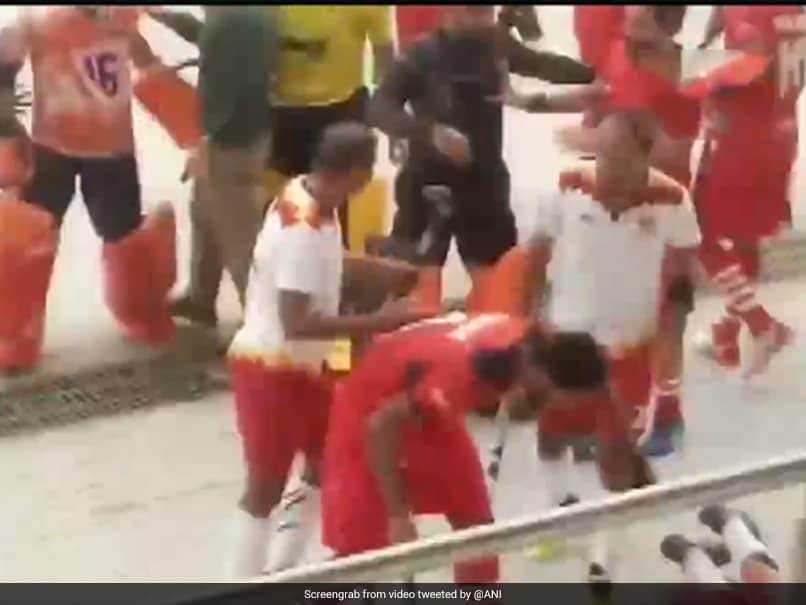 Punjab Police and Punjab National Bank hockey teams indulged in a brawl during the Nehru Cup finals here on Monday. Indian Olympic Association (IOA) president Narinder Batra urged Hockey India to take strict action against both the teams for bringing 'bad reputation' to the sport. "Such irresponsible teams & their careless/unconcerned management, such players and weak and spineless organising committees spoil the name of the game and bring bad reputation to the sport, I urge Hockey India to take maximum strict action," Batra said in a statement.

However, Hockey India CEO Elena Norman said they are still waiting for the official report.

"We are awaiting the official report which the Tournament Officials are preparing, based on which Hockey India will take necessary action," Norman told ANI.

Comments
Topics mentioned in this article
Hockey
Get the latest updates on India vs Australia Series, check out the India vs Australia Schedule for 2020-21 and Ind vs Aus live score . Like us on Facebook or follow us on Twitter for more sports updates. You can also download the NDTV Cricket app for Android or iOS.