The Netherlands are placed fourth in the current world rankings, while India are a rung below in fifth position. 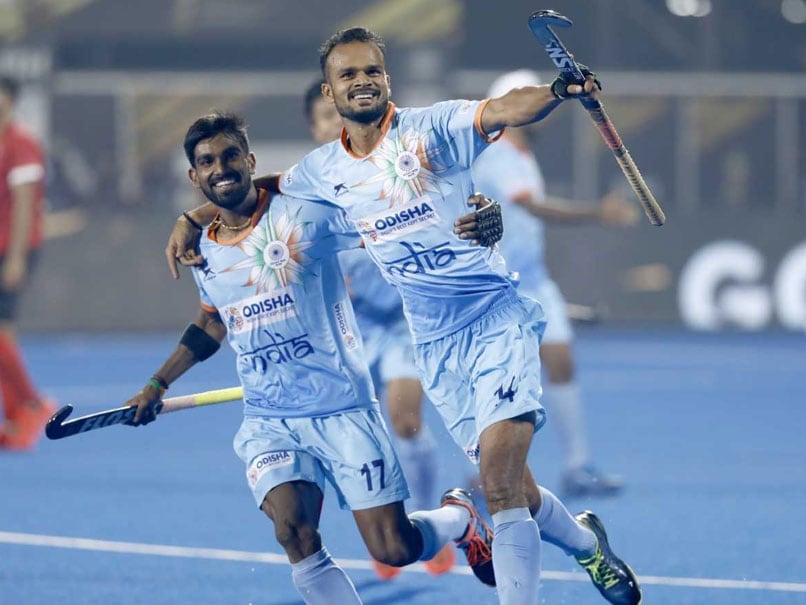 India will aim to take a step closer to end their 43-year long wait to lift the men's Hockey World Cup title when they face a formidable Netherlands in the quarterfinals of the tournament in Bhubaneswar on Thursday. India last played in the semi-final of the World Cup way back in 1975 when they went on to lift their maiden title. Going into the match, the Netherlands are favourites as the Indians have never beaten them in the World Cup. In their last six meetings at the quadrennial event, the Netherlands have defeated India five times, with one match ending in a draw.

While the Netherlands are placed fourth in the current world rankings, India are a rung below in fifth position.

The last time India and the Netherlands faced each other was in the Champions Trophy earlier this year, where the match ended in a 1-1 draw.

The over all head-to-head record belongs to the Dutch. In the 105 games played between the two sides so far, India have won 33, lost 48 while the rest ended in draws.

However, the two sides have shared the spoils since 2013.

India and the Netherlands have faced each other nine times since 2013, winning four matches apiece while one game ended in a draw.

"The past results matter a lot because the Netherlands have a better result against us. But, we have played well against them recently. We have also beaten them, drew against them at the Champions Trophy. Indian hockey has improved a lot. The match will be tough and whichever team plays better will win," Manpreet said.

The India-Netherlands duel is expected to be a fast-paced, attacking encounter with both teams heavily relying on their goal scoring abilities to come out on top.

In the likes of Billy Bakker, Seve van Ass, Jeroen Hertzberger, Mirco Pruijser, Robbert Kemperman, Thiery Brinkman, the Dutch have got plenty of experience in the midfield and its strike force. It will be a real test for the Indian defence on Thursday.

The Indians, too, would be relying on their strikers - Mandeep Singh, Simranjeet Singh, Lalit Upadhyay and Akashdeep Singh - to continue their good work.

In the other quarterfinal of the Hockey World Cup 2018, Germany will take on Belgium.

Comments
Topics mentioned in this article
India Hockey
Get the latest updates on Fifa Worldcup 2022 and check out  Fifa World Cup Schedule, Stats and Live Cricket Score. Like us on Facebook or follow us on Twitter for more sports updates. You can also download the NDTV Cricket app for Android or iOS.