India are aiming to end their 43-year wait for a Hockey World Cup title. 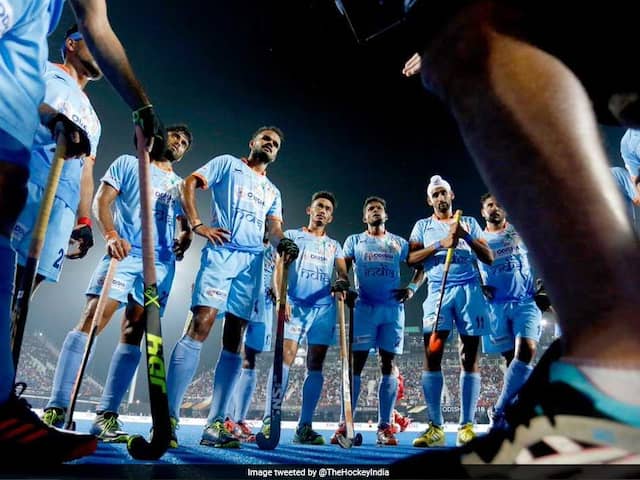 India take on Belgium at the Kalinga Stadium in Bhubaneswar on Sunday.© Twitter

After securing a thumping 5-0 win against South Africa in their first Hockey World Cup 2018 match on Wednesday, an upbeat India will be up against World No.3 Belgium in their second pool C match at the Kalinga Stadium in Bhubaneswar on Sunday. Ahead of the match, India defender Kothajit Singh spoke about the expectations and pressure on the team as India aim for their second World Cup title. Kothajit said that the team has to approach their matches in a composed and positive way.

“With the tournament taking place in India, hopes will be high from us and fans will come and support us. So pressure will be there on us. We have to remain cool and calm and focus on our jobs at hand. We don't have to get nervous with the presence of the audience. We have to play our matches in a cool and positive way,” Kothajit said in an interview to Hockey India.

Talking about the toughest opponent in this year's Hockey World Cup, Kothajit said that the two-time defending champions Australia will be their toughest challenge in the competition.

“According to me Australia are the toughest opponents I have faced. We play a controlled game but their style of play is attack. They are consistently attacking the opposition. So many a time we don't get time to think. They never pass the time on the field and play aggressive fast hockey. They are physically and mentally strong. So playing against Australia is tough,” he added.