India are hosting the Hockey World Cup 2018 and will be seeking to grab the title that has eluded them for 43 years. 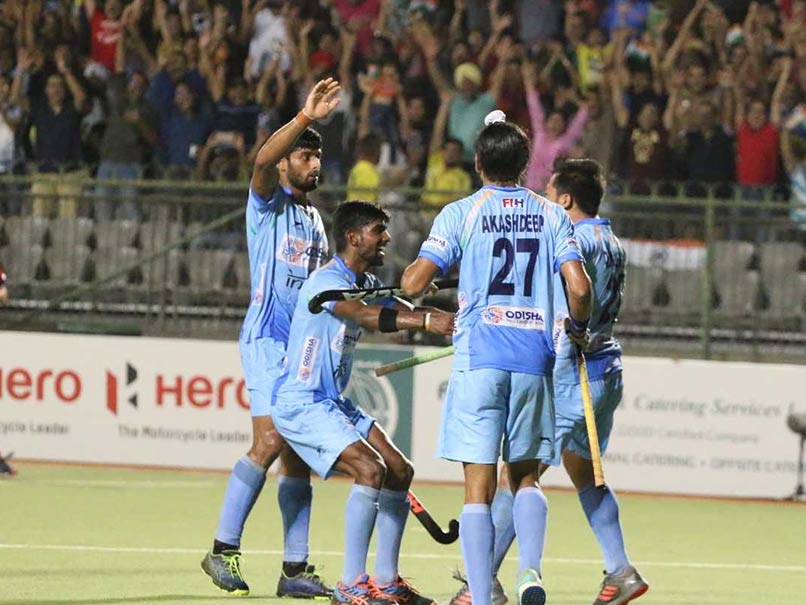 India will look to end their 43-year wait for a Hockey World Cup.© Hockey India

The Indian men's hockey team has shown signs in the recent past that it can compete with the best in world and regain its lost glory. Last month, India had completely dominated the Asian Champions Trophy, only to share the title with Pakistan after rain washed away the tournament final. India were the only unbeaten side in the tournament. Recent performances have raised hopes of the Indian team ending its agonising 43-year wait for a world title. And with the Hockey World Cup 2018 being played in Bhubaneswar, the expectations have soared.

The Indian men's team has won eight Olympic gold medals but have only one world title, which came way back in 1975 when Ajit Pal Singh led the country to glory.

In the last 10 editions since India's maiden triumph in 1975, the country's best performance has been a lowly fifth-place finish at the 1982 edition.

But with India, who are ranked fifth in the world, showing massive signs of improvement, there is hope again.

In the recent past, India reached the final of the Champions Trophy where they lost to hockey powerhouses Australia 3-1 in a shoot-off after both teams were locked at 1-1 in regulation time.

In the Asian Games 2018, India dominated the tournament, scoring a record 76 goals in the pool stages. However, India suffered a shocking penalty shoot-off defeat to Malaysia in the semi-finals. Despite the demoralising loss, India bounced back quickly and beat arch-rivals Pakistan to clinch the bronze at the Asiad.

However, if India have to break their World Cup jinx, they will have to get the better of the likes of two-time defending champions Australia, the Netherlands, Germany and Olympic champions Argentina.

The last time India played a World Cup at home, in 2010 in New Delhi, they finished a lowly eighth.

The Indian team is being led by midfielder Manpreet Singh, while the vice-captain of the squad is Chinglensana Singh Kangujam. Hosts India begin their campaign against 15th-ranked South Africa on the opening day of the tournament on Wednesday.

The squad features PR Sreejesh and Kishan Bahadur Pathak as goalkeepers, while defender Birendra Lakra returns to the fold after missing the Hero Asian Champions Trophy in Muscat last month. Lakra is now fully fit after a nagging knee injury.

In order to get through to the quarter-finals, India will have top Group C, which comprises World No.3 Belgium, Canada and South Africa.

Comments
Topics mentioned in this article
India Hockey
Get the latest updates on India vs Australia and check out  Schedule, Results and Live Score. Like us on Facebook or follow us on Twitter for more sports updates. You can also download the NDTV Cricket app for Android or iOS.