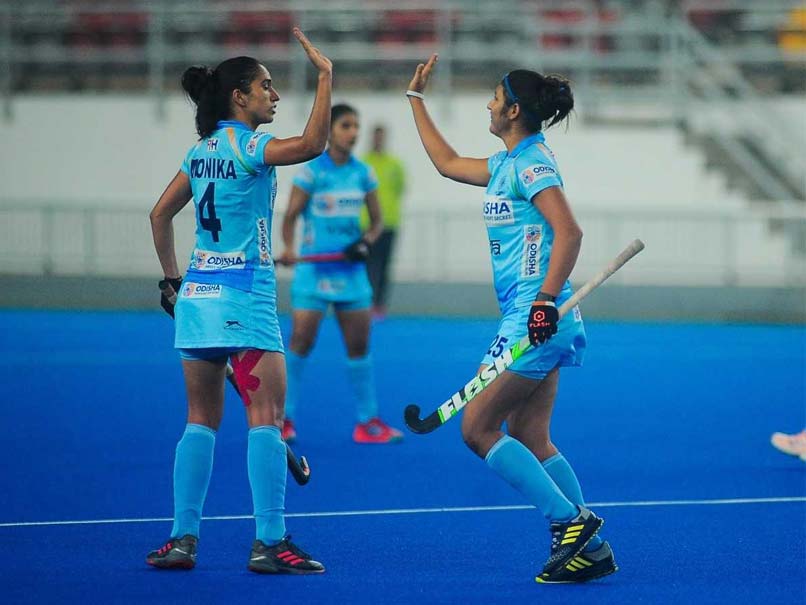 India will play the second match of the tour on May 22.© Hockey India

The Indian women's hockey team started their bi-lateral series on a bright note as they defeated hosts South Korea 2-1 in the first match of the three-match series on Monday. The Indian players, who gained confidence from their good results in their previous tournaments in Spain and Malaysia, made a good start in the first quarter but failed to convert a penalty corner.

The players soon made amends and linked up to score a brilliant field goal through young striker Lalremsiami in the 11th minute. The second goal for the visitors came in 40th minute via Navneet Kaur.

The hosts got five penalty corners in the match but could only convert one when Shin Hyejeong scored off a penalty corner in the 48th minute and brought India's lead down to just one goal.

Players from both sides failed to make any further inroads and the match ended with 2-1 scoreline in India's favour.

Apart from field players, India's experienced goalkeeper Savita also stood out as she made some commendable saves to keep the team in lead throughout the match.

Analysing team's performance after the game, India's head coach Sjoerd Marijnesaid, "The result was good, but the performance can be better. We tried new things in the match and it was interesting to see how we handled the change".

The coach feels that the players need to up their technical skills going into the second match. "We must take our technical skills to a higher level to play faster and that will be one of our priorities for the next match," Marijne said.

With this win the visitors have taken 1-0 lead in the bi-lateral series and will play the second match of the tour on May 22.